Companies and professionals looking for a straightforward web based time tracking application that helps them hit their budgets and run more profitable projects.

Tick is time tracking softwarethat helps teams easily track time and hit their budgets. Tick has integrated apps for phones, computer desktops, and browser extensions so you can quickly enter your time.

Tick integrates project management software such as Basecamp, Asana, and Trello to bring time tracking and budget feedback into your project management workflow. You can also export your time entries to Quickbooks or Freshbooks for simple invoicing. 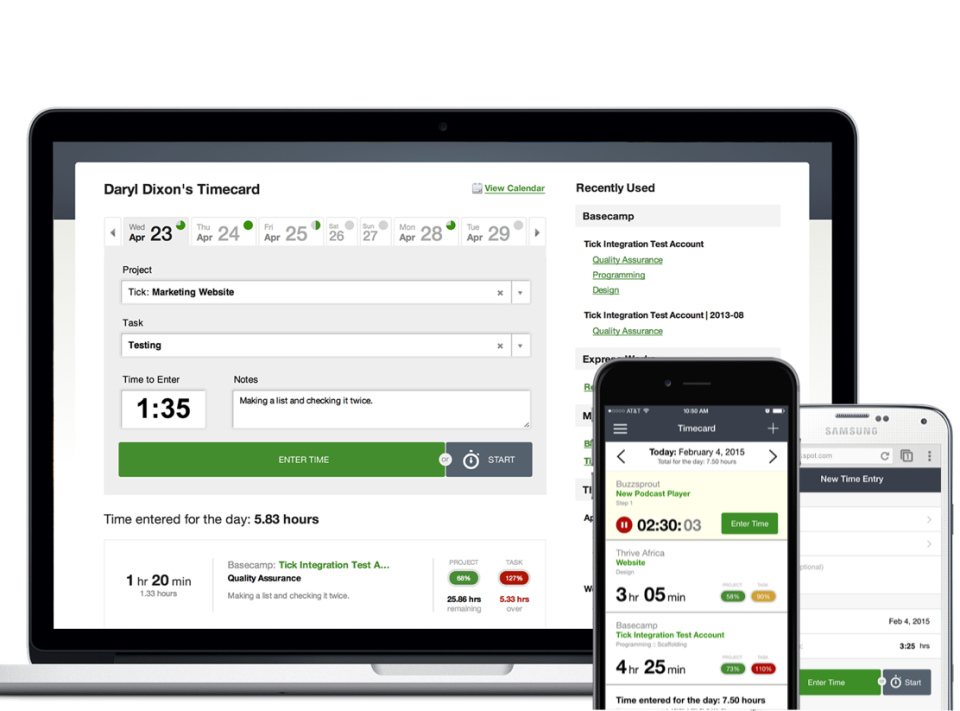 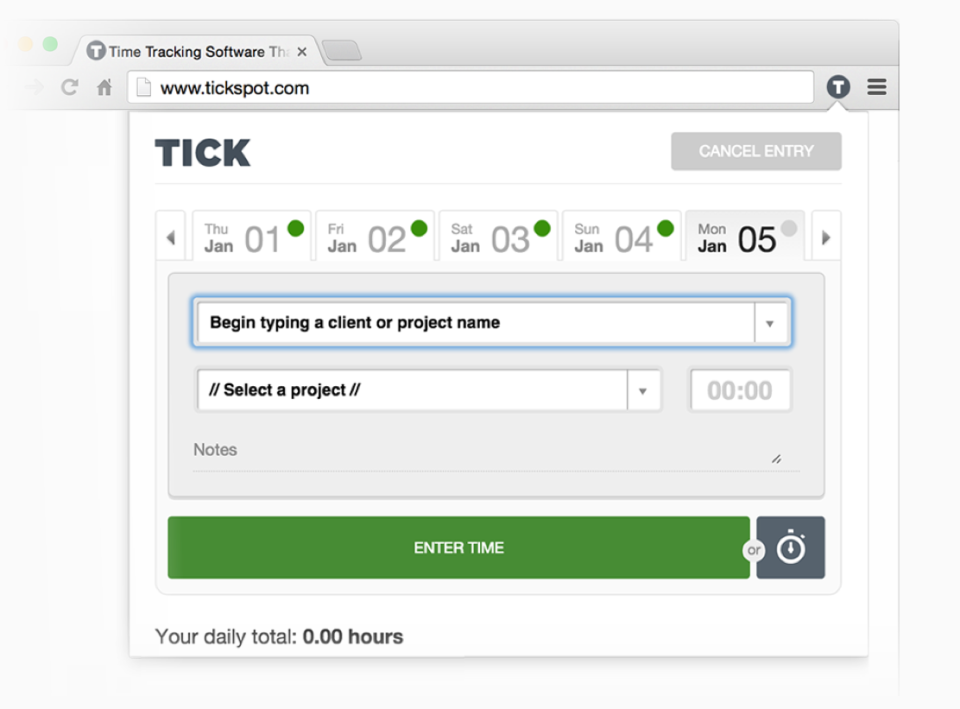 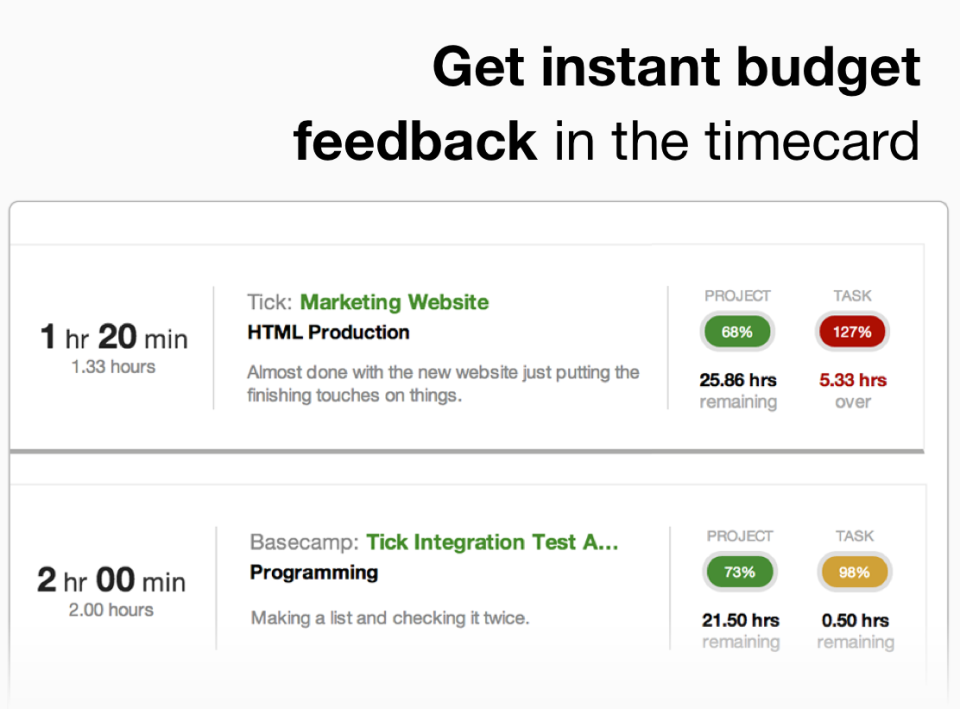 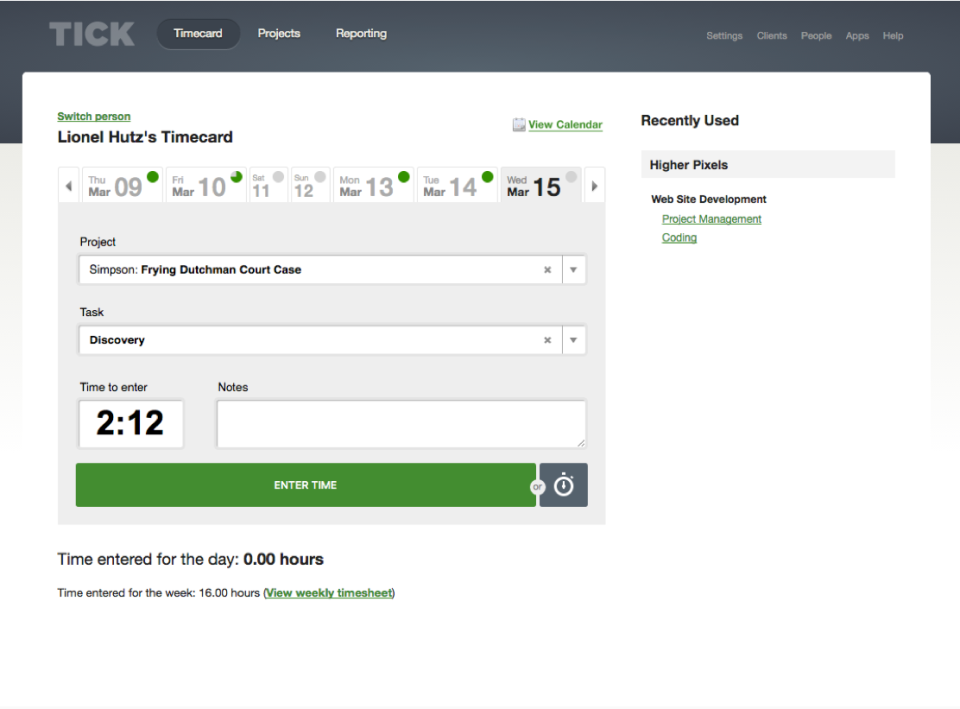 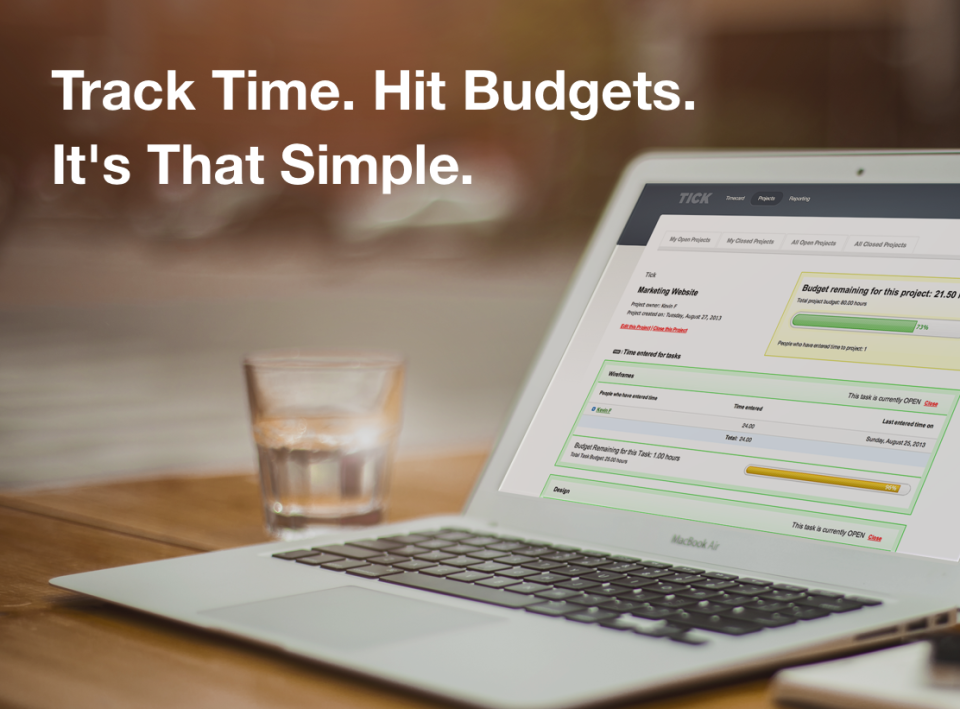 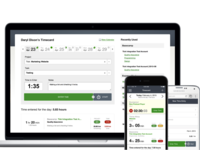 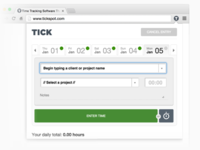 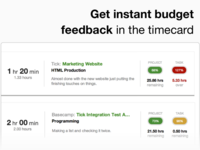 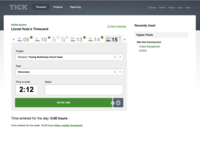 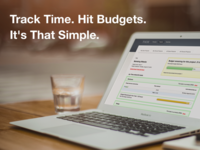 Tick has a free version and offers a free trial. Tick paid version starts at US$19.00/month.

Upgrade or downgrade at any time. No contracts.

4.7 /5 (5,463)
Employee time tracking with mobile app and GPS. See who's working, where, on what projects - all in real time. Easy payroll integration
View Profile See Comparison

4.5 /5 (846)
The easy way to schedule and communicate with your employees. Save time and improve accountability. Free for up to 75 employees.
Learn more about When I Work
Visit Website See Comparison

4.3 /5 (490)
WebHR is everyone's favorite and a global leader in Cloud HR - Helps you manage the most important asset in your company - your People!
Learn more about WebHR
Visit Website See Comparison
Previous Next
More Tick alternatives

Comments: With my busy schedule,Tick has helped me in tracking my time in relevance to achieving my set goal.It's easy to use and amazing add on for basecamp

Pros: For a busy person ,bad with keeping track of time like me,Tick is the solution.The accounts and projects are flexiable and very easy to set it up.It helps in easy tracking of time by indicating the time allocated,time billed and the remaining time hense enabling the user hit the set target.It's easy to import projects and add different tasks and produce detailed time reports by company project and task.one can easily retrieve the data and add to pivot tables to graphically view where time is spent.The best part of it is,it intergrates well with project management software such as Basecamp which bring the time tracking and budget feedback into project management workflow.

Cons: Though it can be manageble,i find the process of editing past time entries from any of the summary views long and tiresome.It is also slow at sometimes when it comes for updating time entry field with the item clicked .

Pros: Tick allows you to track time to projects, broken into as many sub-categories as you need to encompass all the elements of that project. You can easily see a breakdown of your time and ensure that you're tracking the right amount of time to a day/week or project. It also allows you to set time budgets you can track against.

Cons: The reporting function can be a bit cumbersome; I wish it would automatically port to Excel or into more of a spreadsheet format, rather than a long list. It also will automatically create a "shortcut" menu based on your recent entries, so you don't have to scroll through all the projects/tasks to find the one you need to enter time into, but I wish that shortcut menu was customizable rather than auto-generated.

Comments: Overall, I am extremely pleased with the overall product. It is feature rich, easy to use, and is affordable. Checks all the boxes for what I was looking for. Highly recommend.

Pros: This software is very easy to use. I was able to learn how to use very quickly. It is also very applicable to what I needed it to do. The feature I like best is the Timecard. makes it easy for everyone logging their time.

Cons: This is a pretty solid software. Getting set up with it was a little bit tougher than I thought it was going to be. But once set up, works perfectly.

"Switching from Toggl to Tick"

Comments: We made the move to Tick because Toggl didn't provide an easy way to track the progress of a project or task. With Tick, we're able to see this, to an extent, while tracking time. However, this only shows up *after* you've "entered" time. So, there isn't a way to view the "estimated" time budget, factoring in the timer that's currently running. It would be a huge, AMAZING, help to be able to see this in REAL time is not at the end of the day, when I've submitted my timers and have already gone over time budget by several hours. Additionally, Toggl has a desktop app that works really well'and is native. Tick's app isn't really an app at all, it's a "mini browser" that refreshes every time you open it from the taskbar. Sometimes I'm naming a timer, and a notification pops up and closes Tick, or I need to navigate away for a second, and when I come back, it refreshes'losing all of my information. Toggl's desktop app also reminds you to track time, when your timer isn't running, during user designated hours (ie between 9:00am and 6:00pm, if I don't have a timer running it'll remind me periodically to remember to track time). In general, Tick's design is mediocre at best. If it wasn't for the easier-to-view time budget feature, we wouldn't be using Tick in fact we're considering switching because of the lack of other features. A redesign is long over due. Another down fall of Tick, is the fact that time can't be inputted based on time of day. For example, I forgot to start my timer after lunch, but I know I started working around 1:00 pm and then switched tasks around 2:48, and then switched back at 3:32 noon of which was logged. It would be much easier to log time-based on hours of the day, like Toggl does. But in other circumstances, it's helpful to be able to just put in a specified amount of time. Plus, the hours of day allow us to track our employees and see exactly when during the day they weren't clocking time. This is especially helpful with remote employees. In fact, before we switched to Toggle, I was able to find out that an employee wasn't really working when he said he was, or was padding their numbers. But, with the current Tick setup this is nearly impossible to pin-point. If you guys want to consider a redesign, we'd love to work with you. Check us out: www.steadfastdesignfirm.com

Cons: Doesn't have a good, easy to use interface.
Time budgets are visible or represented until timers are "entered" almost defeating the purpose of showing them in the timer in the first place.
Doesn't have a native desktop app, only a sorry excuse for "something".
Time can't be inputted based on time of day.

Outside Sales Representative
Construction, 10,000+ Employees
Used the Software for: 1+ year

Comments: I do a lot of invoicing and Tick helps me properly track of the services and time I need to bill for .

Pros: I like the simplicity of the outlay . You only see what you need and putting in entries is a seamless process .
Adding info from different devices syncs-up almost instantly .

Cons: While I'm not the one paying it , I feel that for this price Tick should offer more than what you currently get .