Automatically send invites, follow-up message, InMails. Answer them inside the app Inbox with AI reply detection, filter and tag options. Use the dashboard to track all your activities. Safe & cloud-based solution.

Where can GrowthLead be deployed? 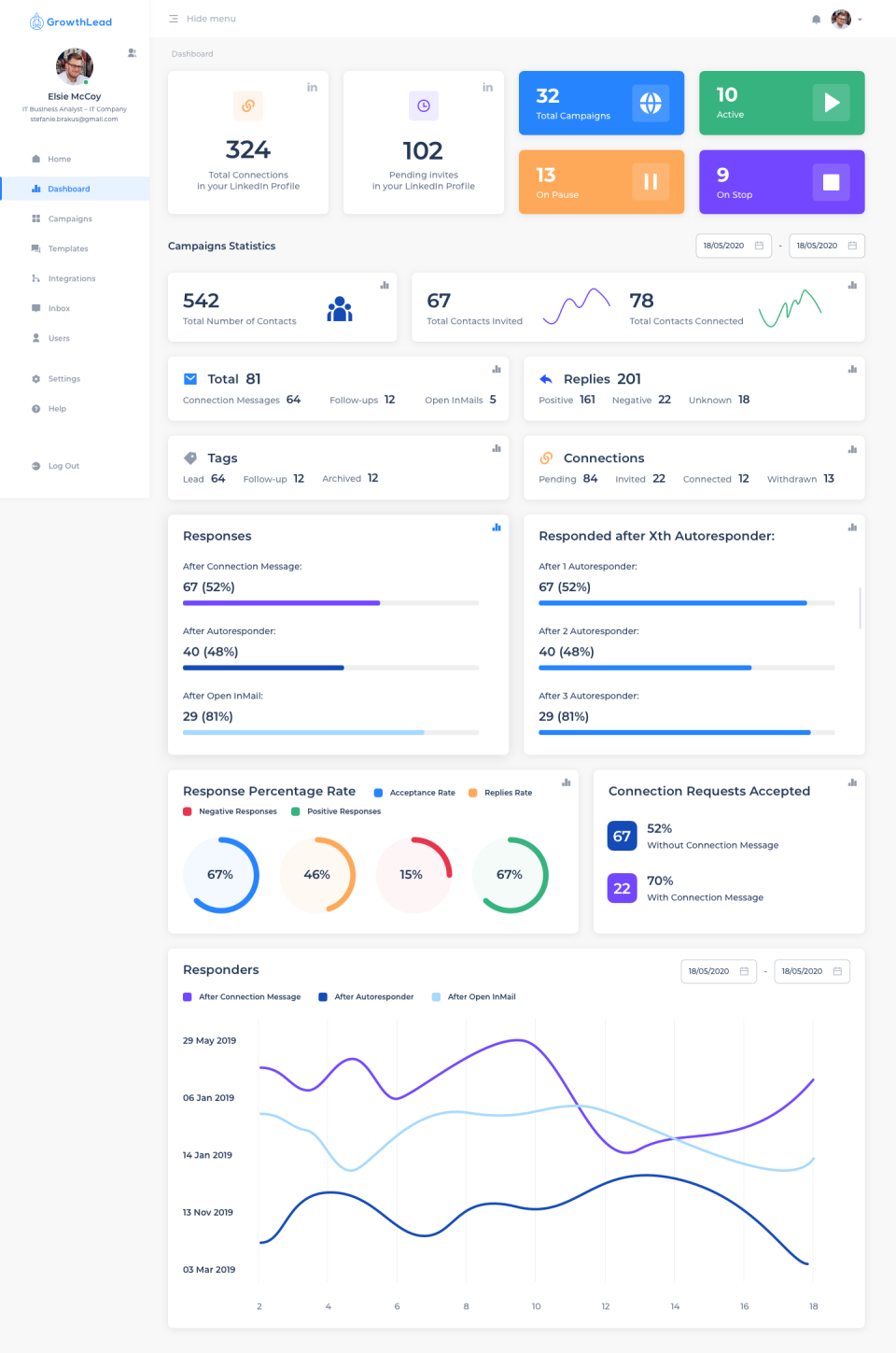 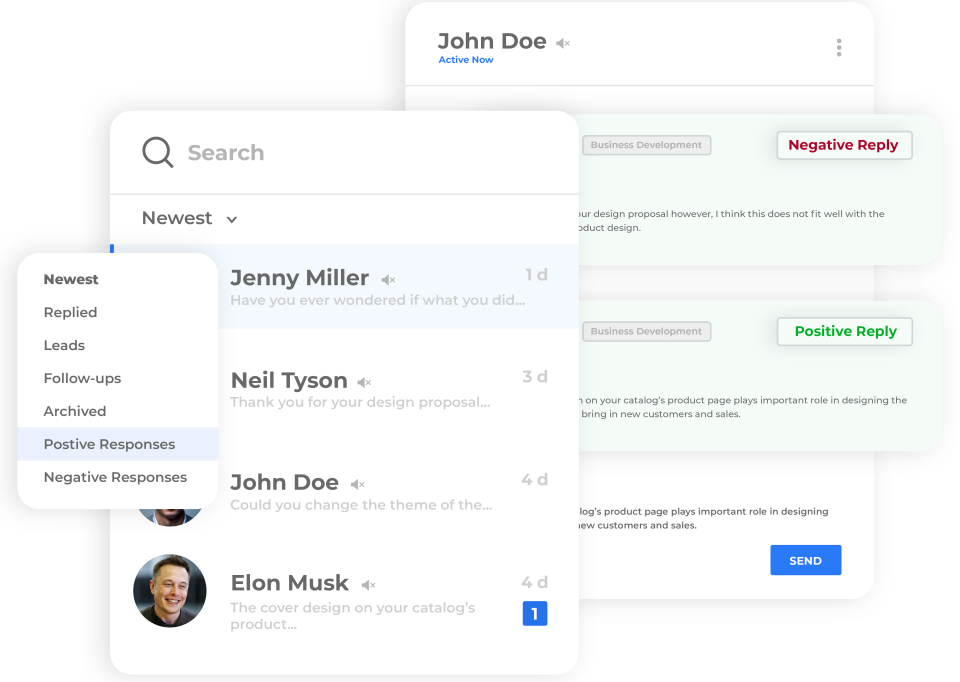 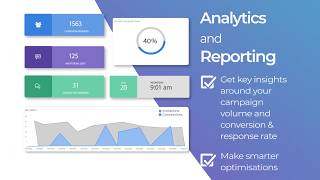 4.1 (434)
Agile CRM is a complete sales, marketing and service suite designed to let SMBs to sell and market like the Fortune 500.
View Profile See Comparison

4.8 (12)
Saphyte leads in technological disruption with its most advanced and innovative features designed to help your business grow.
View Profile See Comparison

4.3 (250)
Act-On is a marketing automation leader that offers solutions for marketers to engage targets throughout the customer lifecycle. Learn more about Act-On
Visit Website See Comparison

Comments: I am so thrilled to have come across Growthlead and absolutely love working with them. Any problem that arises is quickly solved and the team go over and above. I love the young and dynamic feel of this startup and will continue to support their own growth as well as watch my own programme grow as I welcome on more clients and continue to grow more businesses. Everyone is a winner and look forward to working together for time to come. Thanks everyone! Keep levelling up!!!

I am a huge fan of Growthlead, the software has enabled me to grow my clients' businesses and get them clients they have wanted to work with for years. I have changed my own offering over lockdown and developed my Level Up LinkedIn programme which I enjoy working on so much. Growthlead saves time, reaches the right prospects and gives you the tools to develop a sales pipeline and reach the desired leads to fit your target audience.

I wish there was an easier way to record leads generated from replies on LinkedIn. I had a few issues that stemmed from not knowing some features and functions, such as, withdrawals being automated, changing campaign messaging when it is live and a few other bits. This was down to lack of communication and I am so impressed with the support team who have always been on hand to help me. [SENSITIVE CONTENT HIDDEN] especially, thanks ladies! You are amazing.

Super easy to setup. Saves a lot of time with auto replies and sequences. You can achieve the same thing for cheaper and more power with a combination of tools, but this really puts the whole LinkedIn process on autopilot.

I found it way too restrictive when I was using it. There was very little room for personalization beyond first name and (maybe) company name. At the time you could use one or two other data points from LinkedIn, but you had to use them verbatim, which rendered most useless (ie. not very natural to work “Greater Melbourne City, Victoria” into a message). I believe they have made some improvements in this space recently though.

Would be good if it worked - but it doesn't. Terrible, buggy software, negligible support.

Comments: This software promised great things, and the demo looks wonderful. However, the user experience is very different. Every feature has failed at some point, and some features just don't work at all. Support cannot help. I really want this software to work, and I've stuck with it for months, but reluctantly I've had to abandon it because it just isn't fit for purpose. I've asked for a refund, because I'm not a beta tester, and if I pay for software I expect it to work. This doesn't.

Great features, especially the new inbox feature which would be wonderful if it worked more than one day a week. Unfortunately it doesn't.

The inbox function flat-out doesn't work most of the time. It won't load messages, and the mute/unmute function doesn't work. CSV upload doesn't work. Lists filtered by one criterion switch to another without warning. If you don't notice, you can easily send the wrong message to people by mistake. Tags disappear randomly, so you can't be certain that you've captured leads properly. Campaigns randomly stop working. It's very difficult to assess who's had messages & who hasn't, so that has to be done manually. Messages don't send, then back up & are sent all at once. Some people got 3 messages on consecutive days, when they were supposed to be a week apart. Message gaps are measured from the time of connection, rather than last message. No way to move people from one campaign to another, & they can only be part of one campaign at a time. This is severely limiting. It takes so long to do things with this software that it is cheaper to hire a VA and do it manually. Support is worse than useless. They're polite & friendly, but can't provide fixes. They constantly promise that everything will be fine in a "new release" that never comes. They only work US hours, & often take 1-2 days to respond to support requests. There is no follow-up, so you have to keep nagging them. They are sometimes defensive, stating that as 2,500 businesses use this software, it must be OK. I don't know how anyone uses this software, or how other reviewers haven't had these problems. Avoid!

Сan be applied everywhere: sales or recruiting....it is doesn`t meter

Comments: GrowthLead helps me in my recruiting needs, I can cent as much messages as I need
- always can export/import leads
- see analitycs
- re-invite my candidates

- adding files to the autoresponder message

Need to better the CSV file Import by making the Tool intelligent enough that it could subtract the 1st degree connection by it self.