Development and QA teams use Helix ALM to deliver quality products on time and minimize risk.

What Is Helix ALM?

Helix ALM has a free version and offers a free trial. 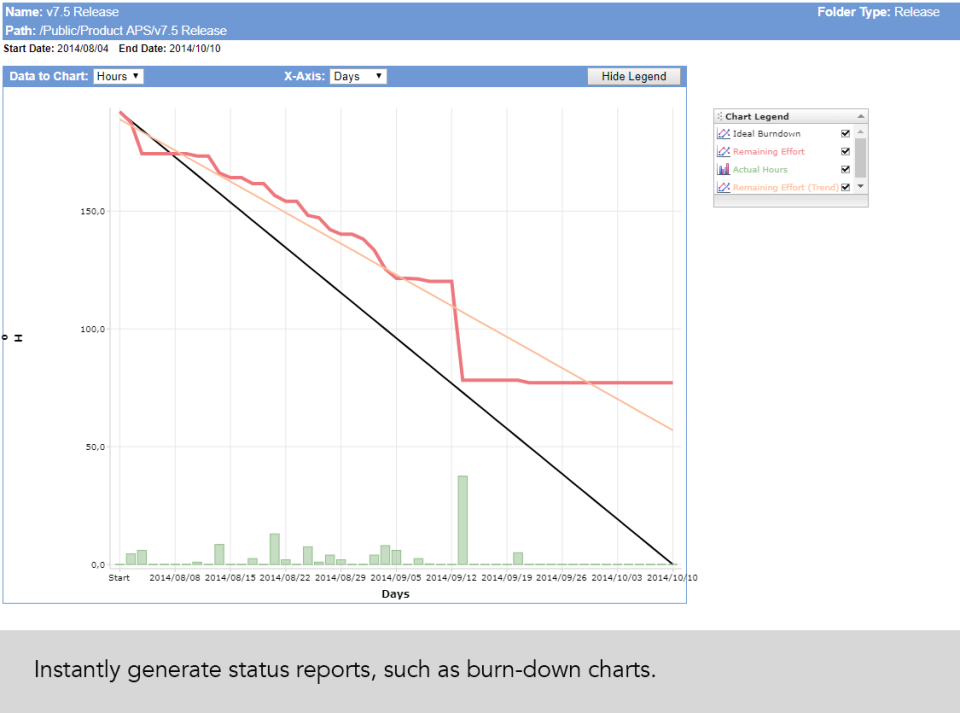 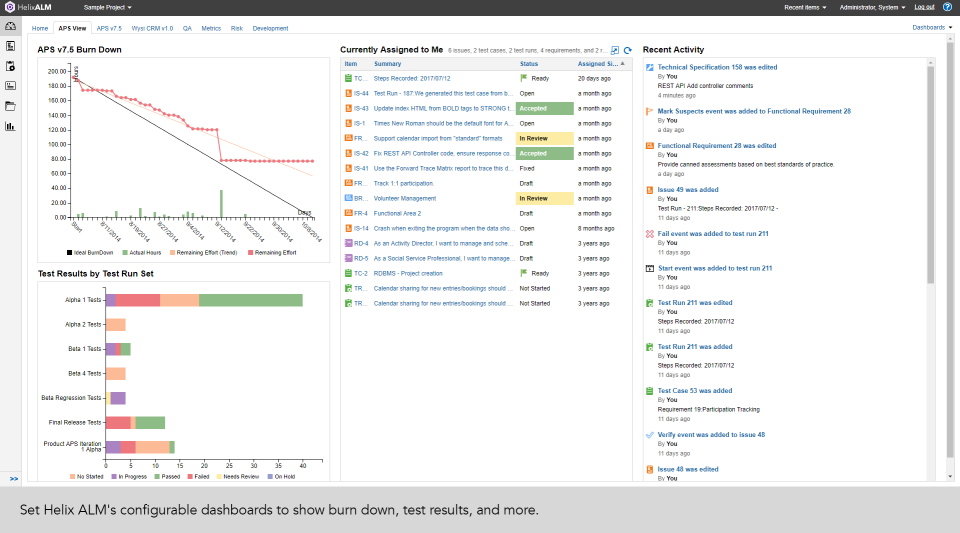 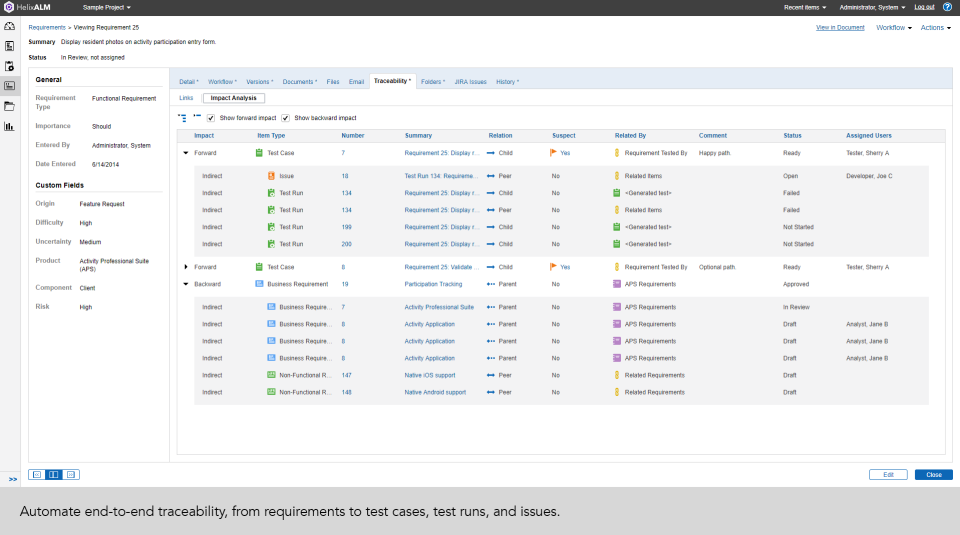 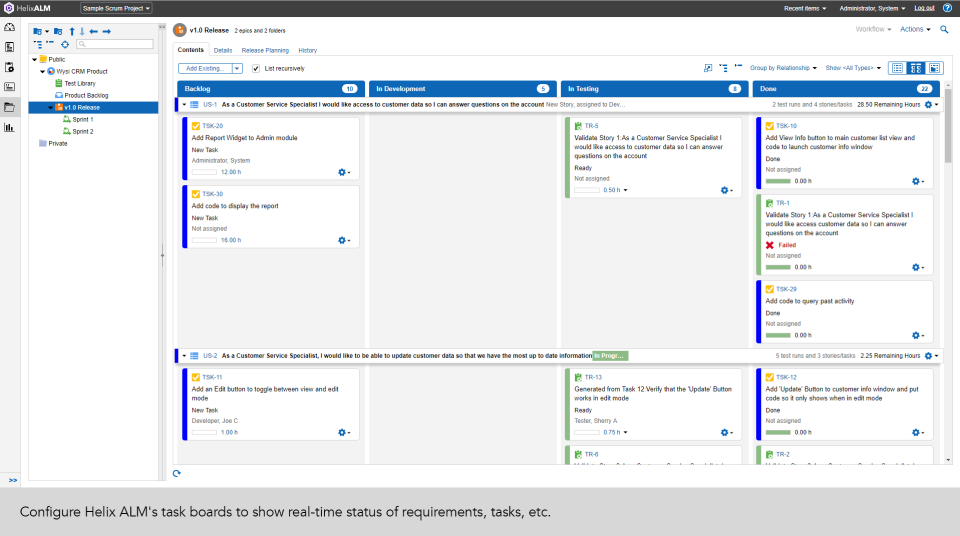 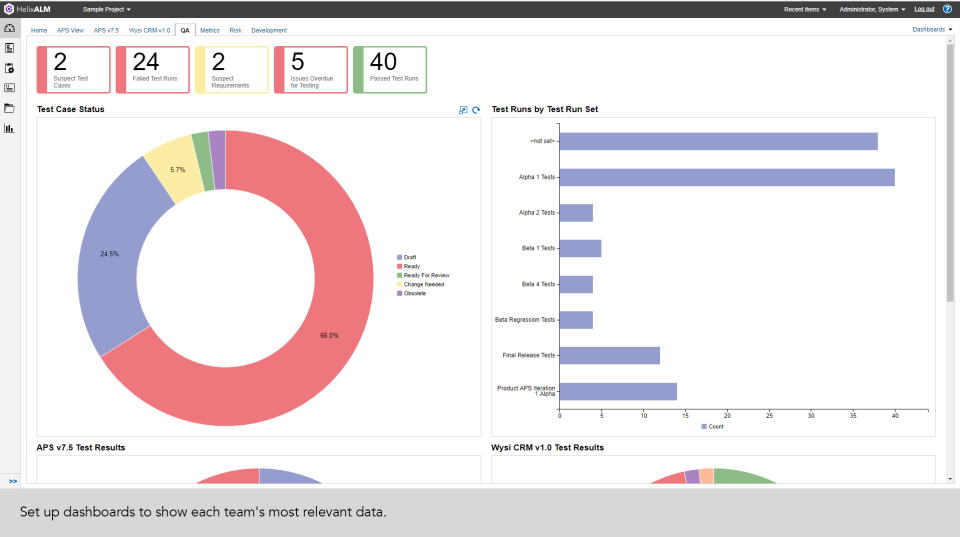 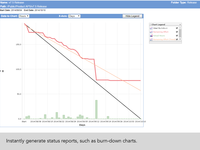 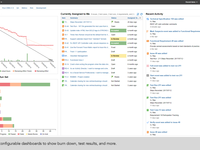 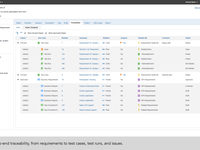 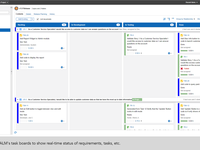 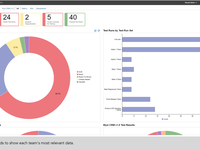 Comments: Overall it is a very good source control tool. It also has command line tools in automation scripts.

Pros: Shelving files is a great feature for users because they are saved onto the server and if the developers system crashes or the developer left the company, other users can retrieve them.

Cons: When a new file or folder is created in a "workspace", you cannot add it until you have added the folder in the workspace configuration. It's not intuitive enough if you are a new user.

Pros: Captures requirements, bugs and testing all in one place, instant update so people are all using the most up to date version, easy to add new users and licenses, can update fields and text easily to better suit project needs,

Cons: Word export challenges mean that the team won't use the export feature any more and instead has to make the update twice - once in the ALM and once in our "official" word version Test case and Test Run setup isn't WYSIWIG when embedding images into test steps, greatly annoying my developers Test Run system is not adaptable to mechanical testing, where there is one test setup and then many samples to run on a simple test (like a pull test) - so we have testing in multiple places. Validation overhead for medical device software tool requirements means we can't easily update (which means we can't update without spending on re-validation) The tool is not particularly user-friendly - I've used it for years and know where almost everything is, but new users, particularly less tech-savvy ones, have an extremely difficult time moving items through the workflow and executing tests in the system.

Pros: Everything in one place including requirements/ test cases etc. I am still learning but not enough web content compared to JIRA.

Cons: Cannot create Dashboards that we need. Not sufficient Widgets and we cannot create any widget other than pre-defined ones.
Once you create more projects, you only can generate report per projects. My team works in multiple projects and I have to write multiple reports to see the work.

Comments: Through this software, I was able to successfully document software specifications that were linked against test cases, and ultimately used for test runs. This allowed our team to much better understand just how much more work was required to be done and how far along we were in terms of the QA testing.

Pros: The software contains good functionality for linking various bits of information together between the different modules that we use (requirements, test case management, defect tracking). It's also has the flexibility to be configured to work with many different kinds of workflows (we know because we've gone through a number of different design processes over the years that we've used this).

Cons: The text editing is the portion of the software that I like the least. Copying and pasting seems to mangle linefeeds, building up a nested list of bullets has inconsistent behavior, and trying to create/edit a table is incredibly awkward. The text editor is still functional, but it's fallen below the minimum expectations for a text editor in this day and age.

"It does Everything, but not always easily!"

Comments: It enforces a decent workflow for trouble tickets and testing.

Pros: I like that it ties everything together and if you have things set up correctly, you get great trace-ability. It is VERY powerful, and flexible.

Cons: With so much flexibility comes a LOT of configuration. And it's not always easy to modify your workflow once it's been in use for a while. I really don't like that I have to kick everyone out of the project to make the tiniest change to the workflow and events. The cost of licenses makes it hard for us to have enough for everyone.