Dialpad is a modern cloud-based Unified Communications system that keeps teams connected by making all of their telephony needs available on any device. Dialpad Talk's native Voice Intelligence features boost productivity with real-time transcription and post-call summaries, including highlighted action items. Plus integrations with G Suite, Office 365, Zendesk, and Salesforce create rapid deployments and automatic syncing with the apps your team uses everyday. 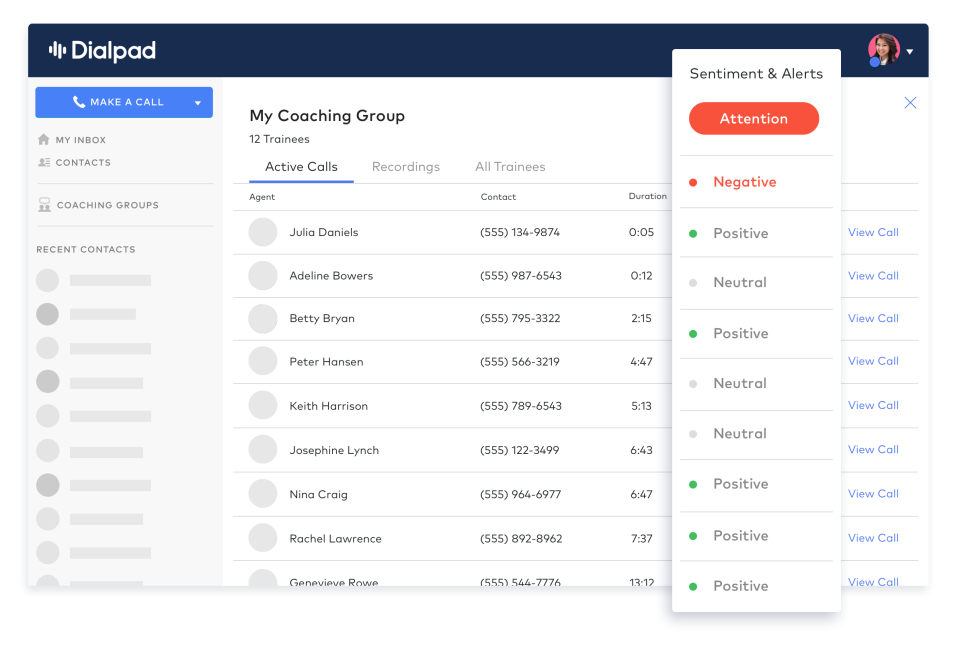 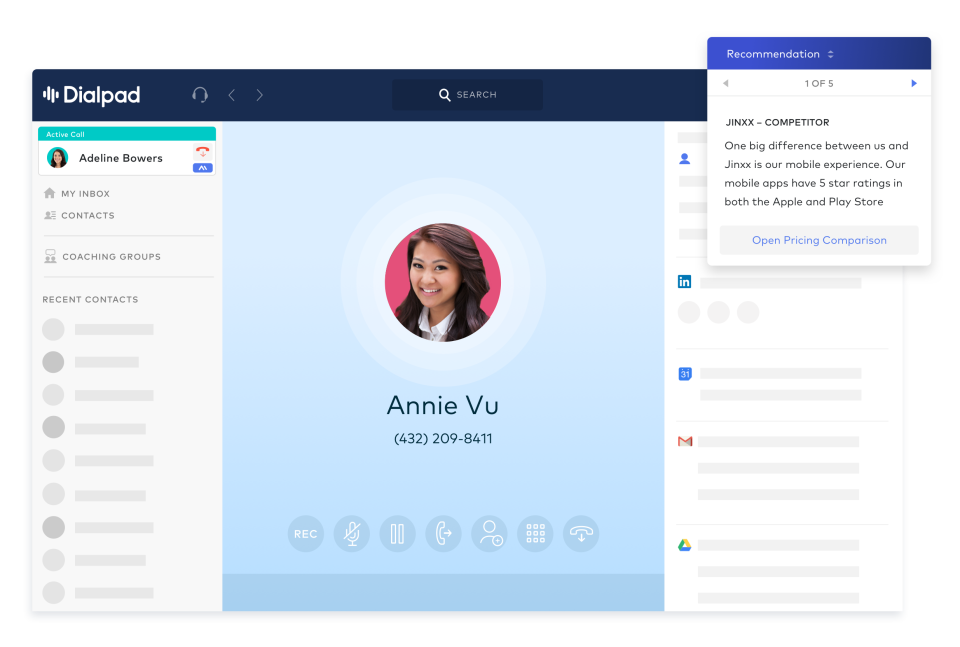 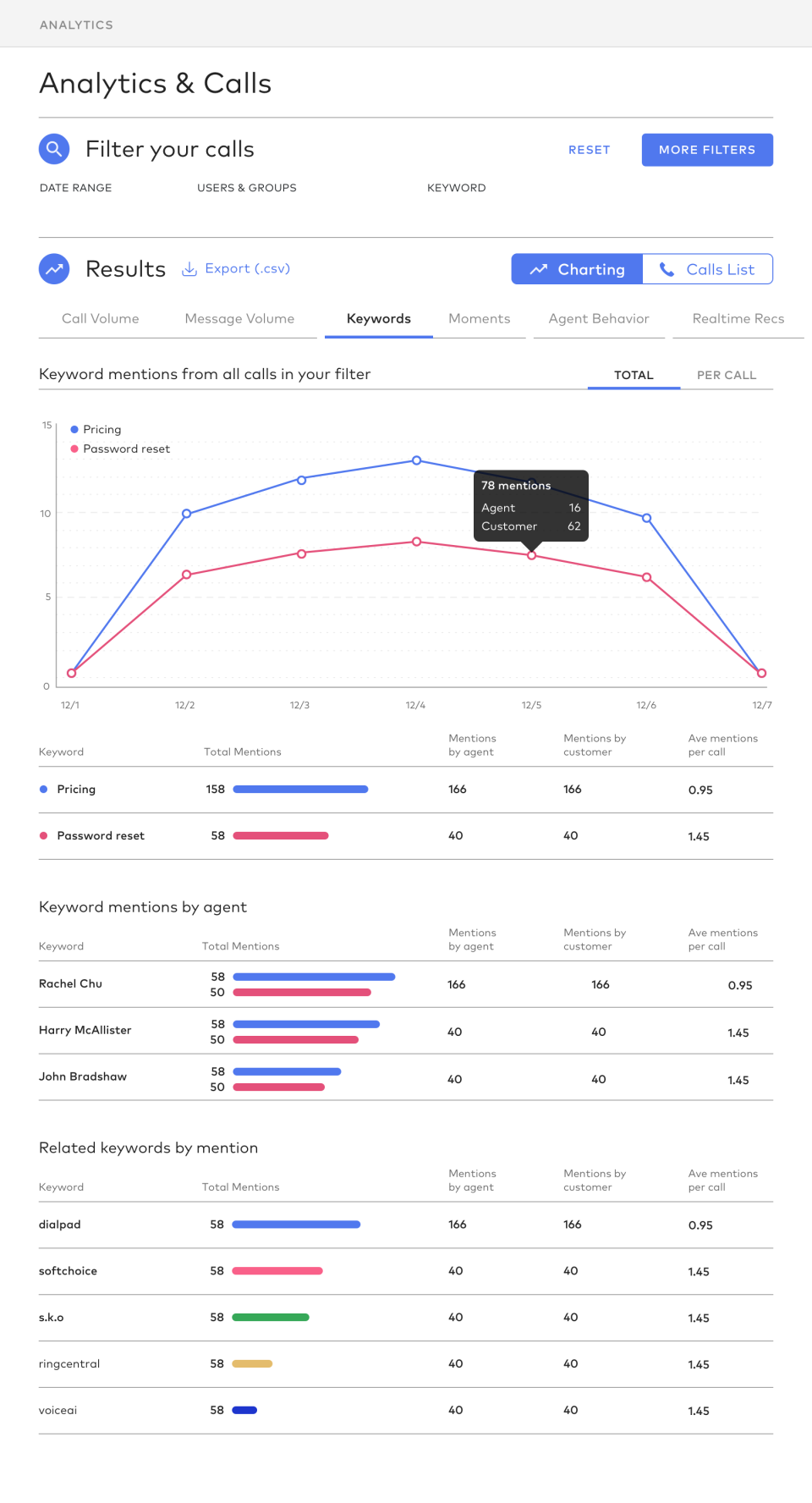 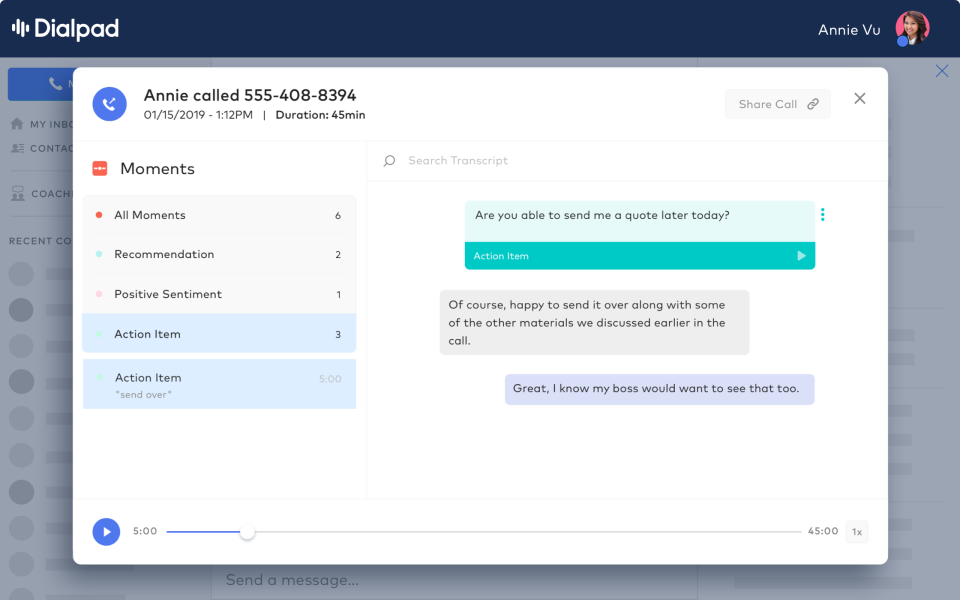 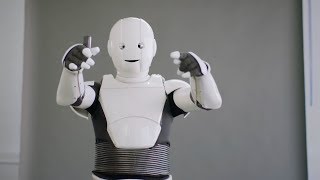 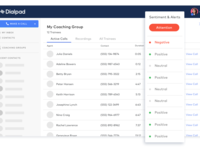 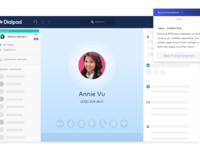 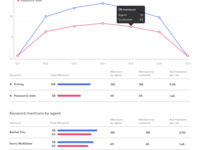 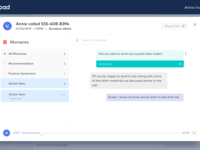 Dialpad does not have a free version but does offer a free trial. Dialpad paid version starts at US$15.00/month.

Both monthly and annual billing are supported.

4.6 /5 (194)
CloudTalk is a cloud-based phone system for support and sales teams. We make calling easy and fun! Get your FREE trial today!
Learn more about CloudTalk
Visit Website See Comparison

Comments: Overall, it's the most progressive VOIP option with the most current and cutting edge features. It's also less expensive than the competition. I won't switch to another provider for the forseeable future.

Pros: Dialpad is one of the newest VOIP providers and feels that way- their design and feature set always seem to be a couple steps ahead of their competition. They pushed the softphone-forward model from launch, making deskphones a less preferred option. They integrate messaging fairly well into the app, and include all their features at one pricing tier instead of nickel and diming for upgrades. The app is upgraded at least weekly with tweaks or new features.

Cons: The interface still needs a little work; it's hard to tell when new text messages come in and there's no way to filter/sort/search in an efficient manner. Same goes for voicemails. The internal contact directory is helpful but not able to be "managed" in terms of combining dupes or bulk editing.

Comments: This has been one of the best decisions our IT team has made. We tested the other cloud phone providers, with none providing the fully featured, simple and reliable system as Dialpad.
Adding users, configuring phone trees, configuring main lines, adding fax, everything is simple, fast, and intuitive in their system.
With integration into Hubspot, which we already used as our CRM, our management has even more insight into their sales team's performance.
Our user feedback has been overwhelmingly positive.
Our ability to have users work from home and have 100% full phone access cannot be overstated. This is probably the biggest takeaway anyone should take from reading this. Absolutely no disruption in our ability to call or make calls when switching our entire office to working from home.

Pros: Deployment cannot get any more simple. Set up the user in the web interface, put in 4 digit activation code on phone. Done.
Work from home - SIMPLE. With Office 365 integration, users simply use their email and pass to sign into Dialpad from their personal cell phone, personal computer, work computer, anywhere.
Just moved offices, our phone system was the only system that required no extra setup. Just plug in at the new location, and everyone is working like normal.
Simple and intuitive. Reliable, priced perfectly, full of features.

Cons: I used to have cons with the limited abilities admins had over users' settings like call forwarding (for example, if an employee is sick and forgot to set her calls to forward to someone else). This has been fixed recently, and at this point I cannot think of any con.

"State of the ART Phone System!"

Comments: It provided us with the ability to text and send pictures from any of our users. It is also nice to know that when we experience power outages, we can still use the mobile app to make and receive phone calls.

Pros: I like the call recording features where it records incoming and outgoing alot. It also has the ability for you to be able to see who, what, and when user that communicated with the callers. The communication for the mobile app matches with what is on the desktop and brower app. So if any of our team ever calls in sick, we can still see who spoke to the caller last.

Cons: I do wish there were more permission settings to add a user (employee) in the field and only allow them to make outgoing or incoming phone calls. Also, I think pricing should be less for a user who is out in the field who only needs limited functions.

Comments: As primary business phone line, Dialpad fits the bill. I can make and receive calls for my business on my personal phone without revealing my personal number, and I can maintain a minimalist customer list. As a mobile-only (not an enterprise) user, there’s a lot that the app can do which I don’t need. Dialpad appears to have capabilities that can support my business growth (additional users and physical locations), but I’ll be wary of whether their inconsistent iOS interface is an indication of spotty development overall.

Pros: Note: Dialpad offered gift certificates to reviewers. I think that’s shady. But I have used the app 2+ years.
Best: I am a sole proprietor (single user) & love that this app gives me a business phone number that rings to my personal device. That’s genius, a good value, and worth all interface hassles. Also, support has improved a lot. I get timely, thorough responses to issues: there’s a star-rating requested every outgoing call, and when I have reported issues (rare, such as one-way audio), they’ve sent detailed analysis explaining what happened. At least one bug I reported (an issue where the keyboard covered most of the comment field on a feedback window, with no scrolling) has recently been fixed.

Cons: Dialpad scores terribly on its interface and on interoperability with other apps. The contacts-search function won’t access iOS Contacts (even with access granted in Settings): type a name in search, and it will sit & spin all day. It doesn’t even time out. The app provides a skeleton contacts function (name, phone numbers, emails, company, and title—that’s it), so I lose a lot of functionality that’s essential for a communications app. Similar fail when sharing a picture from Photos: tap Share, select Dialpad, and the app will open to the eternal spinner (yet the app will acceess Camera and Photos the other way around). Also, unlike iOS Messages, when I start a text in Dialpad and need switch screens or apps, the draft text goes away. Lost time & effort. These issues are all long term, so clearly, the development team just has not prioritized basic functionality in their phone app.

"Great service, just a few things that are hard to find"

Comments: It was a huge upgrade from Google Voice and I've been happy overall.

Pros: I really like the sound quality of the phone call. The department and contacts are easy to access too. I really like that a text can be marked unread, and that calls and voicemails are transcribed as well as recorded. Images are easy to send as well. The round robin call rotation is great.

Cons: It's difficult to mark a voicemail unread. Often there is a delay when a call begins. I can't drag text into the message to copy, or highlight and drag phone numbers and text out of Dialpad to copy to accounts. Video is very small when sent through Dialpad.