What Is Kickbox Email Verification?

Kickbox is the most accurate and trusted tool in the industry to uncover the health of your opt-in email lists, reduce bounce rates, and protect your email sender reputation. Identify deliverable, undeliverable, accept-all, disposable, and role email addresses within lists or at the point of capture with our real-time API. 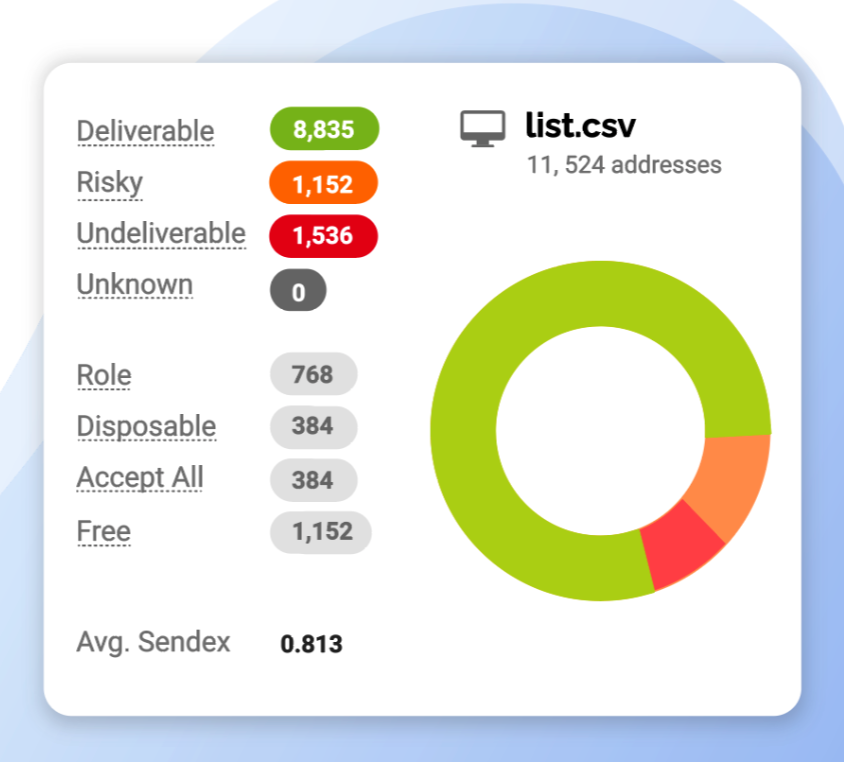 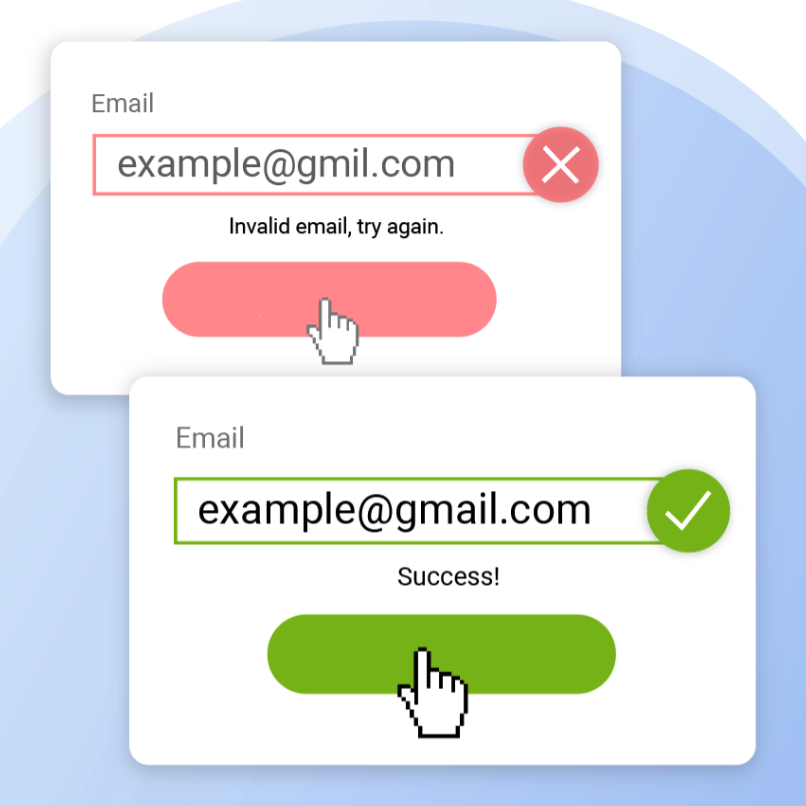 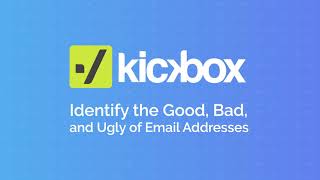 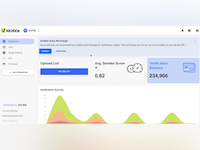 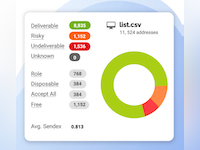 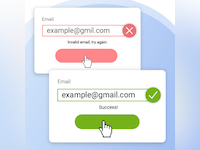 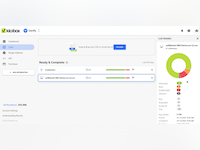 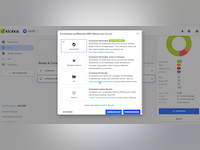 (1,363)
130,000+ customers in 170 countries use ActiveCampaign to automate their marketing, from contact management to email personalization.
Learn more about ActiveCampaign
Visit Website See Comparison

Comments: With the use of Kickbox, now I and my complete team is able to validate all of email addresses before sending final mail to the customers. Somewhere it is saving us to get spammed and blocked on other campaigns platforms. This is a kind of toll which we have been searching and finally we are satisfied with it.

Pros: I have been using Kickbox from last 6 months and this is one of the best tools which I have used so far to validate the emails of the leads and previous accounts/business data. Previously I have been using sales navigator which was a kind of manual process however it automated my email verification and made the things easier for me and my team members. I was also able to integrate it with my campaign tools and team was very supportive within this process now.

Cons: To be very frank on this part, I personally did not face any issues while using this. However few of my team members found that the pricing part could be relaxed a bit as the platform grows up as it will help startups to go for.

Comments: I began looking for a new tool after our previous tool did something I considered dishonest/underhanded. I was introduced to people who worked there and they gave me 1,000 free credits. I used those credits to test 1,000 records through Kickbox (A) vs 1,000 records through our existing vendor (B). I took the results from our existing vendor, suppressed the ones they said were bad and sent the rest. After the send, I looked at:
- records (B) had said were OK but actually did bounce
- records (B) had said were not OK but (A) said were OK Many of the records (B) said were OK but did bounce were marked as NOT OK by (A), to a statistically significant variance.
I did not test records that (B) had said were not OK but (A) said were OK, but I felt like I had been leaving money on the table. With any of these tools, there is always a margin of "unknown" - they can't predict if it's going to be good or not. Kickbox will do a little more with examining addresses [SENSITIVE CONTENT] to try to estimate the quality (called a SendEx Score) and will also return columns for "Free" and "Disposable" or "Role" addresses. Kickbox will not charge you for ones it can't predict. The other vendor did charge. Kickbox also charged on a sliding scale - the more credits you bought up front, the cheaper they were, compared to the other vendor always having a set amount. Kickbox's API also returns that same larger dataset, compared to the competitor's "yes/no" response.

Pros: Provides more than just a yes/no response
Is pretty quick
I prefer the credit approach vs paying individually after each batc

Cons: There is nothing fundamentally lacking in this tool. It does the job I need to do it.

Reasons for Switching to Kickbox Email Verification: Described above.

Comments: This is one of the leading email verification tools on the market. It's been a rising force so to speak and is one of my favorite tools. I like the modern look and how stable this is. You also get accurate results within reasonable time (I prefer accuracy over speed). It's actually quite fast for the number of checks that are performed. I have recommended Kickbox to business partners before and will continue to do so. You'll also find that there's plenty of information on their site to learn about email verification and email marketing. The knowledge you can gather as a user is something you can use in your business, especially if you're responsible for keeping track of the email marketing performance (and risks).

Pros: I like the clean interface for starters. This cloud-based tool is easy to use and all the important info and settings are presented in a clean way. One of the things that I like is that Kickbox gives each lead a score, based on a few criteria. You can also quickly see what your overall list health is. It's good to monitor this regularly. I found Kickbox to be very accurate when I tested a few of my email lists, including a large list with 'old' email addresses. This is one of the leading tools out there. I recommend trying it to see how it compares with the others.

Cons: Pricing structure changed a bit, making it more expensive than before. Still reasonable pricing in my opinion, especially since a healthy email list will give you a good return if you're good at email marketing. That being said, new features were introduced over the years, and that's also included in the new pricing.

"Kickbox is great but needs fine-tuning to be even better."

Comments: I use kickbox every time I send a mass email marketing campaign which happens 1-2 per quarter.

Pros: Easy to use. I can put in thousands of contacts and get ratings quickly.

Cons: Ratings can be hard to understand. I use Kickbox to help keep our bounce rate down with HubSpot but sometimes it notes some contacts as risky when I know they are in fact fine to email. There were also some contacts that received the highest rating for deliverability but bounced - it's infrequent but happens more than I'd like.

"Kickbox has been a fantastic tool for us"

Pros: It was incredibly easy to use, the functions were obvious and loading my file took only a minute. The great part is how fast the tool works, even when I upload a large list it takes only minutes for the list to be verified. Also, the quality of results is better than other tools that i have used.

Cons: there were very few cons about the software, I've used 3 or 4 services prior to this and so far this has been the best performing of the tools I used.

Reasons for Choosing Kickbox Email Verification: the other tools were getting such bad bounce rates even after verifying with them

Reasons for Switching to Kickbox Email Verification: our contact at Hubspot said they were a great tool for this and that recommendation led us to try it