ConnectWise Control is designed for IT professionals.

What Is ConnectWise Control?

ConnectWise Control (formerly ScreenConnect) is a fully functional remote support solution. The software gives you the ability to remotely view and control devices from anywhere there is an Internet connection. As a technician, regardless if you primarily support your customers personal computers or a huge enterprise infrastructure, the ability to quickly and effectively resolve problems allows you to save time and improve customer satisfaction. 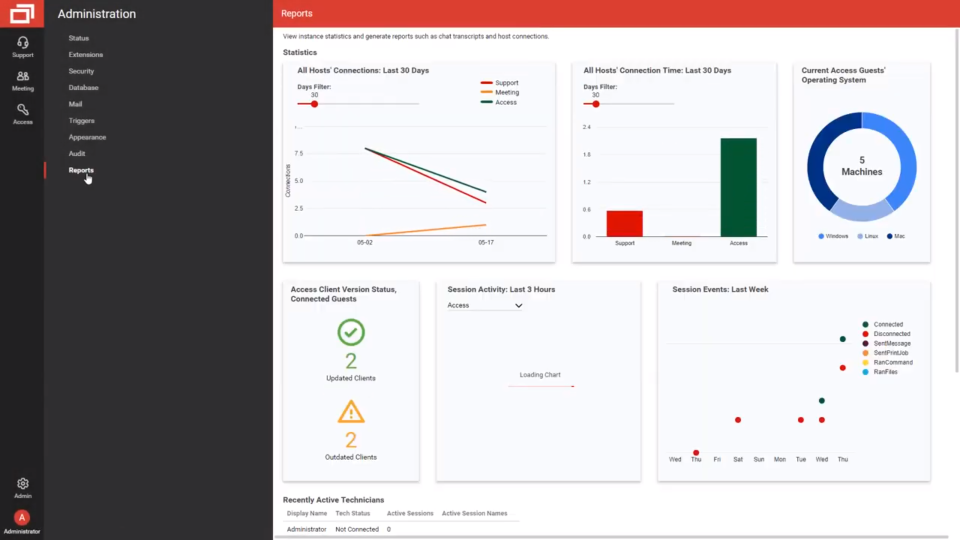 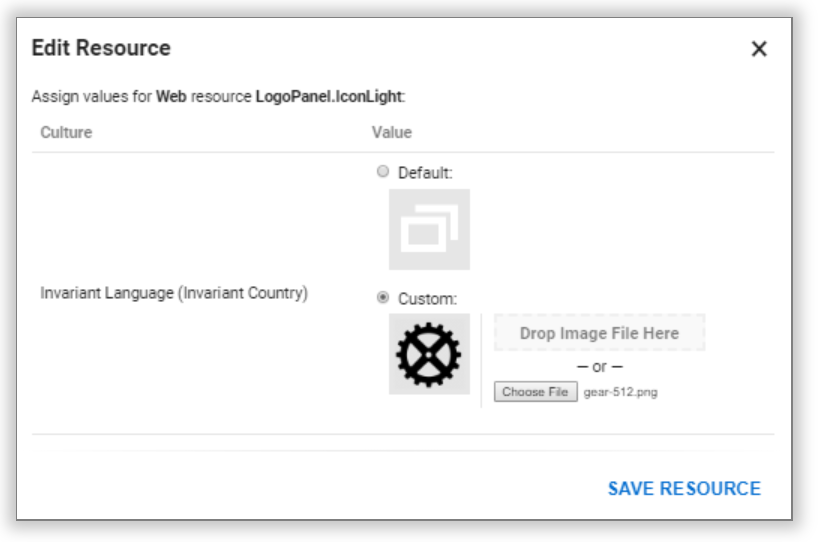 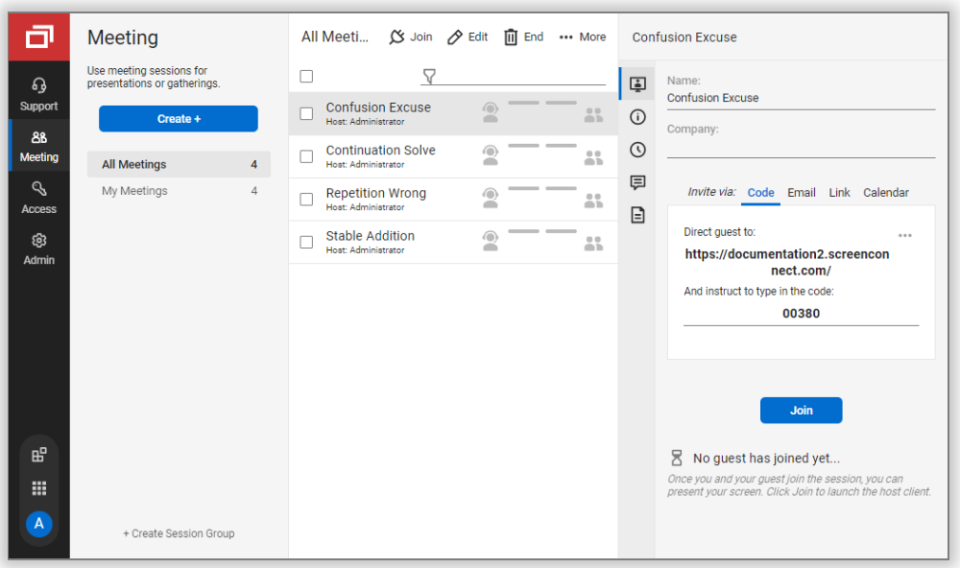 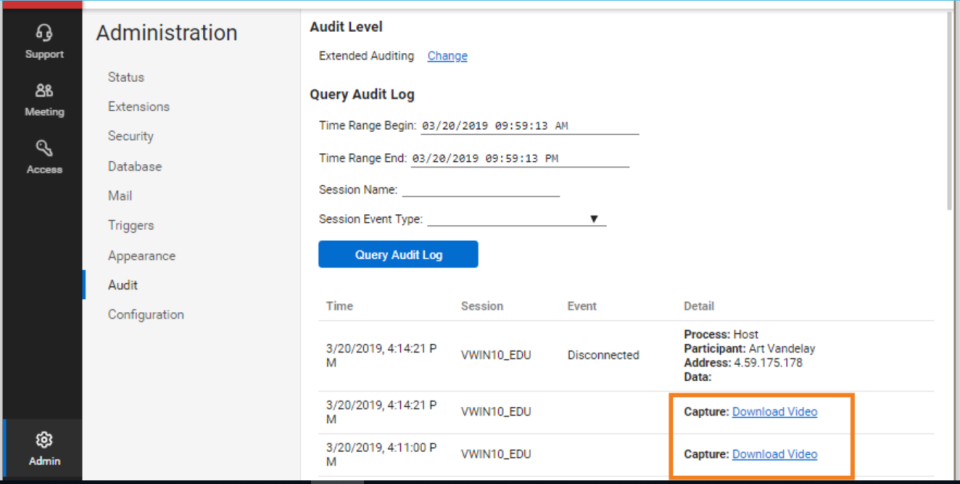 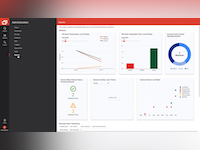 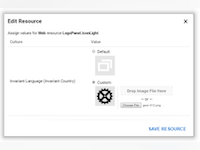 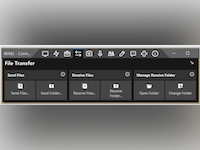 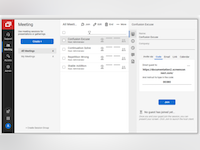 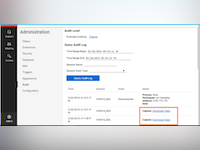 (210)
Atera is the ultimate all-in-one remote IT management solution for MSPs, IT consultants and IT departments. Try Atera for free today.
Learn more about Atera
Visit Website See Comparison

(2,420)
monday.com is a cloud Work OS, where teams run their projects and everyday work, whether they are in the office, home or on-the-go.
Learn more about monday.com
Visit Website See Comparison

"If you value your time and energy, use this software"

Comments: I use this software on a daily basis to keep IT operations within my organization running like a well-oiled machine. Our pharmacies are very remote and the ease of deployment makes it a breeze to troubleshoot any machine located anywhere from anywhere.

Pros: ConnectWise Control was incredibly easy to implement, and is very powerful. It comes with so many tools and features that are invaluable and solve complex problems very simply.

Cons: No cons really. Any features and updates or nice-to-have's are added by their development team in subsequent updates, and they really do listen to their user base.

Reasons for Choosing ConnectWise Control: More features, less expensive, easier to deploy, saves me time, better support, and I've said it before, but the features. They are powerful and make my job so much easier.

Reasons for Switching to ConnectWise Control: For the same reasons as I mentioned above, ConnecWise has more features, is less expensive, is easier to deploy, saves me time, and has a better support and development team.

"A lot of value for dollar with ConnectWise Control"

Pros: ConnectWise Control has a great web view that allows us to quickly find the computer/server we're looking for. We can run standard command line and PowerShell commands through the web interface to quickly gather information or troubleshoot a user's computer without impacting the user experience. The screen share is very fast and reliable and often preferred over Remote Desktop sessions. It's also very nice to be able to switch between user sessions on the computer, like when interacting with a Remote Desktop server and needing to assist a specific user on the Remote Desktop server.

Cons: The software doesn't fully integrate with Microsoft Endpoint Manager, the only software that does is TeamViewer.

IT
Information Technology & Services, 2-10 Employees
Used the Software for: 2+ years

"The price is right, it has enough features that were not that easy to integrate, its reputation has"

Comments: see above
you could have had the market targeting alot of users and devices all around the world with your good fair pricing but everything else is not so good as it was -- with webex, teamview, logmein, ultravnc free,
dameware, Zendesk, anydesk, realvnc just to name a few
we as IT professional cant afford to look stupid with virus threats coming up with screenconnect
and telling people all these instructions to get control your one step installer plugin never worked !!
but good pricing kind of scary that others offer like sysaid and others not offering anything for the small guys like you did --- by the way i was talked into the AUTOMATE product --- worst product ever!
i spent a bit over a half a day cleaning it off and restoring all systems. It would not do what it was suppose to do at all --- slowest connection and unusable at all it was connected but would wind up my systems on some process i had to shut them down and clean the drives of any traces of AUTOMATE -- no software has done worse and your sale and support did not believe me i showed them proof they laughed and said they have never used it professionally
thanks any more information happy to help
maybe you could be the next big thing all the ideas are there but it all fell apart and you need to do almost a 180'

Pros: THE price compared to TEAMVIEWER AND LOG|ME in
i was not a large operation so the licensing suited
i loved the idea that i could make it a subdomain of my site or just have a link and it was White labelled
affordable
once i was remotely connected it was fine
It has many integrations and partnered up with a lot of companies

Cons: Its a pity you have not a better business relationship with antivirus companies
in most occasions and it was happening more and more that it would be picked up as a virus --- not good and worrying
it has many integrations and features ---- these features were hard to install and because there was many versions - most the time hard to get the right compatibility -- these integrations should be one click or a signup here and there --- i wouldnt have minded paying good money if these would at least work
It was not very intiutive some tasks -- like the whole process i would go through with clients
download the exe or file
then double click on it --- if you miss it , it will be in your downloads
then click run
follow prompts
then allow
and no at this point i would sometimes get a prompt to update the software
not good, not good at all
your sales and support staff could not give a dam because i was a small 1-15 users account
it was not very easy and intuitive initially to do file transfer - have you used team viewer?
most respectable organisations wont allow 8041 port through there firewall
it has lost its good reputation that support users at the large universities have originally given it
being considered unsafe and treated as a threat - i know that i could make it an exemption in the AV software but it came up as threat after the fact as if it later was damaged as professional tool
with all the quality secure easy products on the market these days | cisco
webex|

Reasons for Choosing ConnectWise Control: ITS REPUTATION HAD AND THE SOFTWARE BECAME TO MUCH MAINTANENCE AND ALL THE ABOVE other products have a few controls to update and easy interface and are not seen as malicious software and less problematic they just work!

Reasons for Switching to ConnectWise Control: CHEAP -- LIKE THE EASY SETUP OF MY DOMAIN AND THE SCREENCONNECT SUB DOMAIN -- appropaite licensing -- i was excited by the integrations - that was a let down i read a review i think about it at the standford University in the states -- the support team saying its all they need or very good. if you need my help or more answers feel free to call me 0499235506 AUSTRALIA ADAM

Comments: We have several years working with Connect Wise and really align up our needs and even better cost than competition. The use of applications is intuitive and easy. We will continue with them for many more years

Pros: hat we like most is the easy and efficient way to remotely connect to a team. and the many functions or customizations that can be done to improve the experience of use

Cons: It seems to me that the web interface is still better a little more, it is not something that represents a great inconvenience since it does not remove it from the tool.

Comments: Excellent Experience, it saved us a lots of hassle with other remote desktops solutions, saved us lots of money as it was provided to us within our RMM solution.
Our Customers feels better of how we are providing support now and how they can communicate with us in much easier way.

Pros: Easy to deploy and use and stable for both windows and Mac OS computers.
Easy to access computers, chat, reboot.
Categorize computers under different groups, create alerts, reports, chat, integrates with other tools, collect info about computers without taking control and able to adjust special settings for you or add addons that help you make your console do what you want.
customers can initiate chat from the computer itself directly and appear to our techs on console.

Cons: Just 3 things:
when customer initiate chat from his computer it appear on the console as red dot beside the group without any sound alert like a bell ring that a chat is waiting.
2nd thing if there is an option to have application for tech to different connected sessions in one window and switch between them within tabs in this app instead of having separate window for each connected session.
3rd add mobile solution so we can access mobile devices

Reasons for Choosing ConnectWise Control: Connectwise control was provided to us within our RMM solution and we started applying it to all our clients and noticed lots of great features we have.

Reasons for Switching to ConnectWise Control: Features, Price and integration.