Pabau a global leader in clinic and medical practice management cloud based software, used by thousands of healthcare practitioners worldwide. Manage schedules, treatment notes, invoices, payments, marketing and lots more. It works great for all sizes from large teams, solo practitioners, and anything in between.

Where can Pabau be deployed?

Pabau does not have a free version and does not offer a free trial. Pabau paid version starts at £65.00/month. 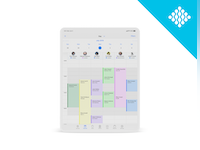 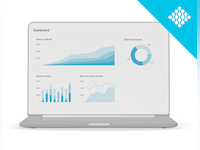 (12)
Cliniko is a practice management tool that's loved and trusted by more than 30,000 health professionals around the world.
View Profile See Comparison

(15)
Consentz brings together all the tools you need to build patient relationships, grow your business, and save you time
View Profile See Comparison

Comments: I do not have a big administration team and pabau lets me manage payments , diary and patient documents securely and in a timely manner

A lot of components to wrap my head around

Reasons for Choosing Pabau: Heydoc couldn’t provide someone to upload and build my patient questionnaires which i had little time to do

Reasons for Switching to Pabau: As above

Excellent system for medi clinics with updated features all the time.

I like the team behind it they have always been very helpful and responsive. The technology is always improving and I have seen massive improvements in the last year or so which has benefited my business immensely. The training webinars they have are amazing!

Some features are more difficult to get to grips with or don’t work as well as planned. Mostly integrations.

Reasons for Choosing Pabau: The function to have online consents and a safer and integrated system.

Reasons for Switching to Pabau: I was offered a trial by the [SENSITIVE CONTENT] and at the time it seemed to offer the features I wanted and was the best system around.

Comments: Poor and inconsistent customer service.
At the outset, I spoke with [SENSITIVE CONTENT] from Pabau, and subsequently [SENSITIVE CONTENT], when he was slow to revert, about a number of elements that were critical to my choice of software.
Unfortunately, I was given incorrect information, and I am now writing this review, as my email to head office about my concerns, has gone unacknowledged, and unanswered.
I was told that the migration would take a max of 7 days. Yet here I am, 7 weeks in, with critical patient documents missing, a messed-up GP database, insurance price over-rides not uploaded, and poor communication with apparently no will, to get the issues sorted.
I was told that Pabau integrates with Sage accounts (it doesn't)
I was told that there was no issue with Irish mobile numbers - when an issue arose, I was told that there might be an issue with some mobile numbers but they possibly couldn't identify this as they were Irish numbers, and received no further help.
I was reassured that my extensive database of GPs would be imported intact. In fact, entire swathes of data (GP telephone numbers and email addresses) have been removed. The addresses have had Ireland entered as a town, and United Kingdom as the country, which is incorrect.
I was reassured that there would be no problem using my existing Word templates, and that I would have full word processor functionality. This is absolutely not the case.

The product has a lot of potential, particularly relating to automating routine reminders, etc. Patient photos function is very useful

There are significant issues around the medical history section, which for some reason cannot be removed from the iPad when a patient is given same, to complete a consent form. I consider it dangerous, that a patient can click into and alter their medical history - that is alter their medical record. There is no ability to create and email a Word document or PDF from within the system. We are required to use a secure email system for correspondence with GPs and Hospitals, and thus cannot email directly from Pabau. The impossibility of producing anything other than the simplest of letters within the system, owing to the constraints on the Word templates, means that we have to engage a cumbersome of cutting and pasting email content to letters, an utter waste of time. My letter templated are largely pre-populated with content, which I edit and add to as required. Pabau allows me enter text to one point only in the middle of the document, rendering these templates obselete. This is very frustrating as I specifically asked when I interviewed Pabau, if I could continue using my templates as before, and was told that it would be "no problem"

Comments: The reporting functions are a game changer!

Pabau is intuitive, user friendly and packed with features. We have researched the top 10 practice software programs and it by FAR out ways all the rest. SO EXCITED

We are only in the early stages of use but so far have not found anything that we don't like or can't find a work around for.

Reasons for Choosing Pabau: Our previous system was ok but we needed too many additional "add on's" in order to continue to grow our business and service our customers. Pabau is a one stop shop.

Reasons for Switching to Pabau: Pabau is innovative, intuitive, and will enable our business to continue to grow whilst creating a much better user experience for staff, clinicians and our clients.

Thank you so much! We look forward to seeing your clinic grow with Pabau, if you need anything, then reach out on live chat and we will be happy to help!

Comments: Currently getting used to the new system. Enjoying it to be honest! Makes me feel smart when I can easily solve a problem :)

How simple and easy it is to use. I also love and appreciate that help is always a very quick chat or email away and the team are always willing to assist. No question is too small! Really do love this software and everything that comes with it.

I haven't yet found anything worth mentioning that I dislike about the software or company.

Read all 263 reviews
Prev
Next