PandaDoc serves businesses ranging in size from SMB to Enterprise. We specialize in helping sales teams accelerate deals from propose to close.

Over 18,000 customers use PandaDocs all-in-one document automation software to streamline the process to create, approve, and eSign proposals, quotes, and contracts. PandaDoc helps you simplify processes and increase efficiency across the entire organization when you integrate your existing CRM, payment, and file storage apps into a single workflow.

PandaDoc has a free version and offers a free trial. PandaDoc paid version starts at US$19.00/month. 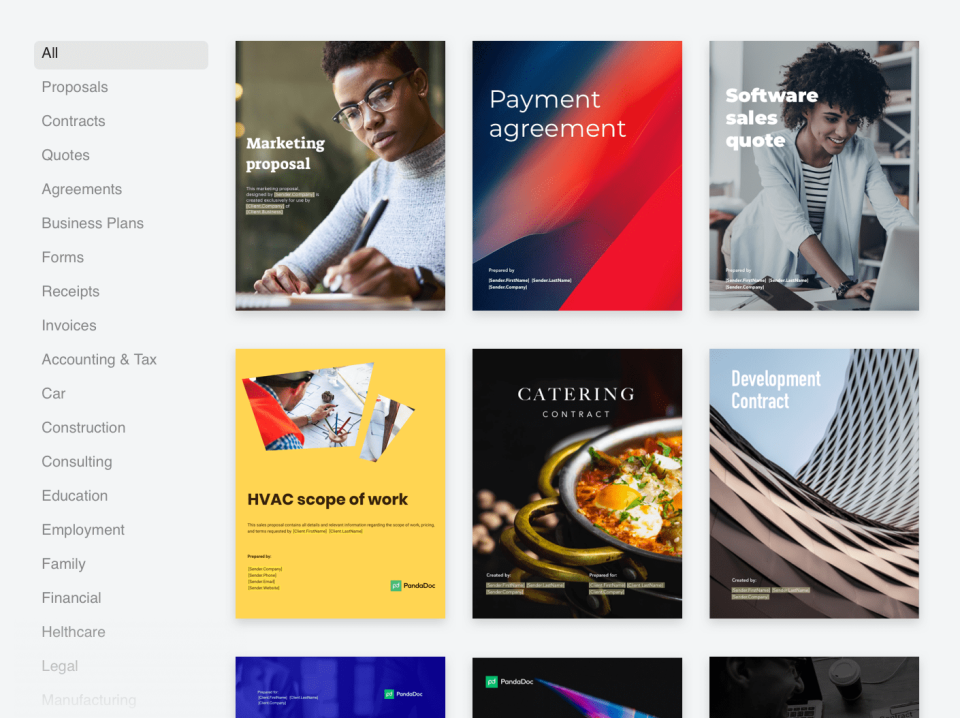 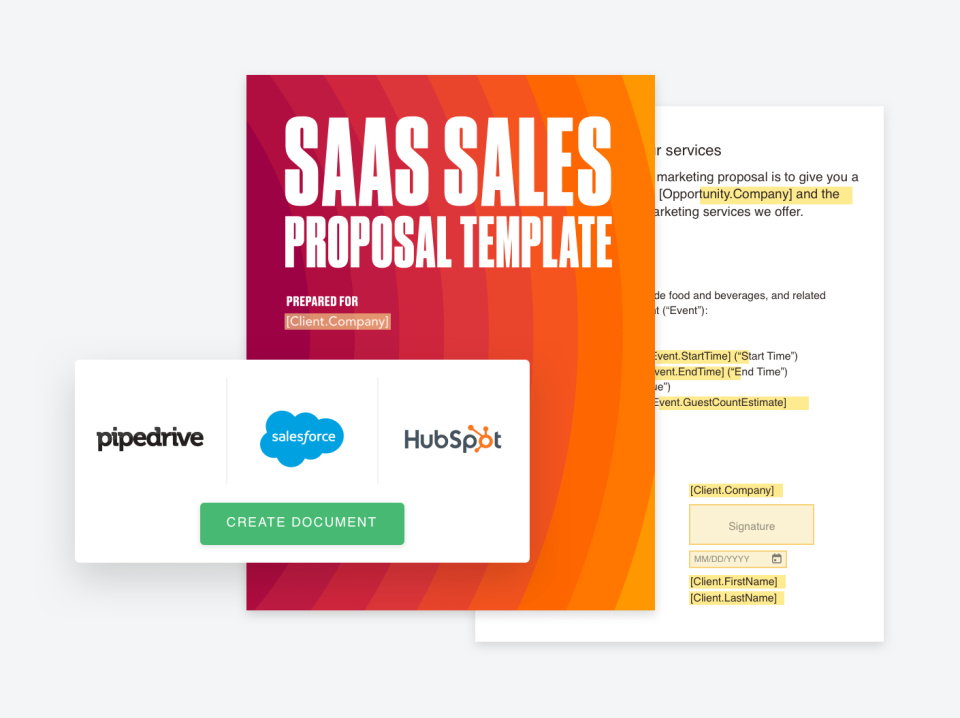 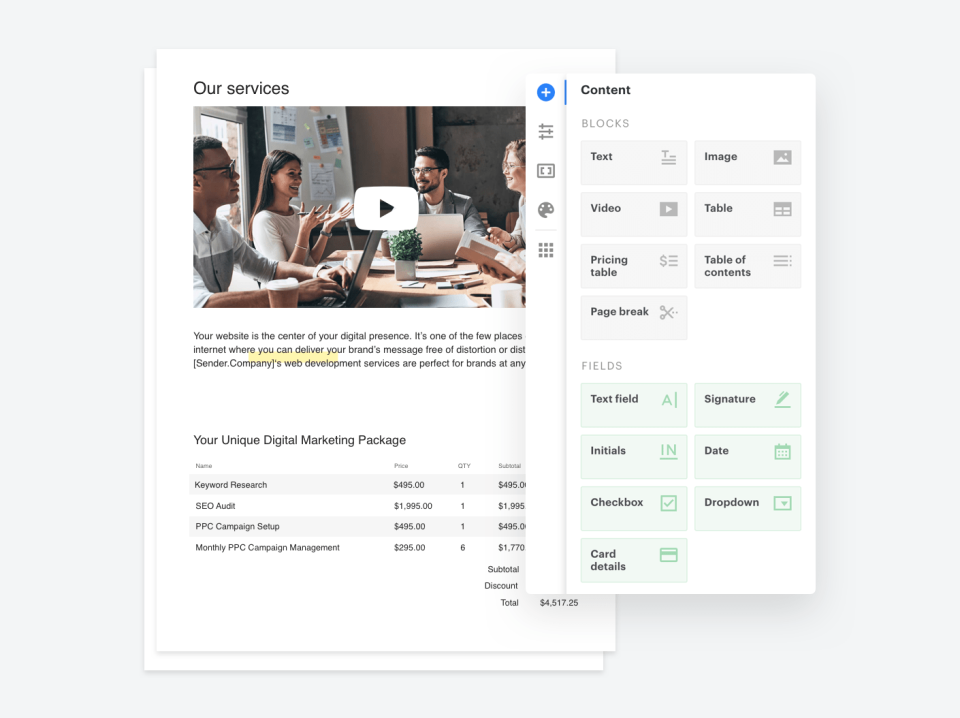 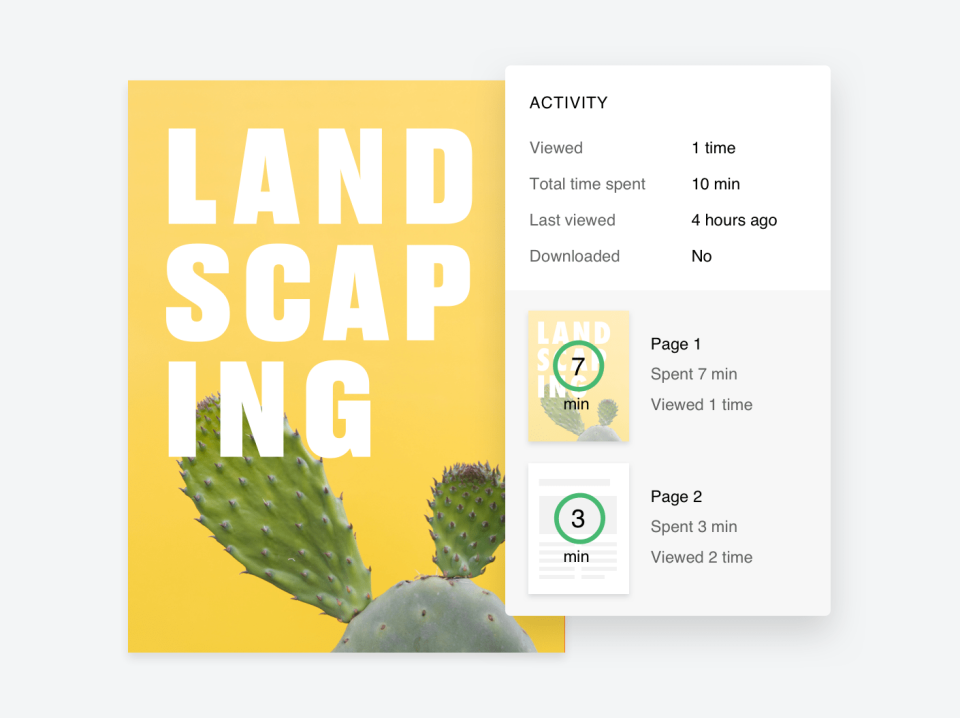 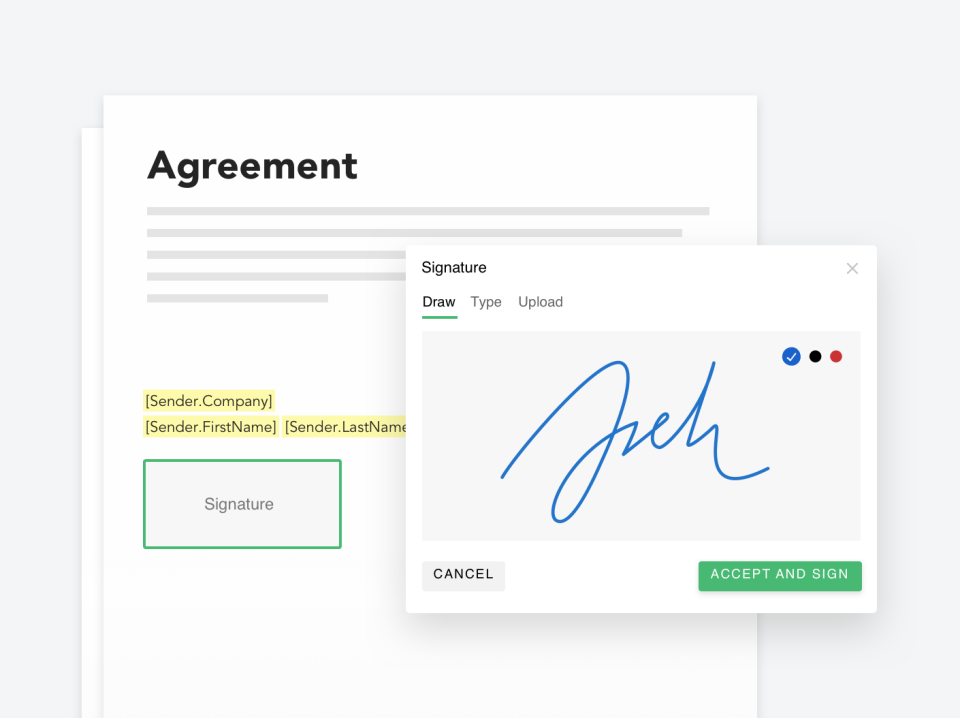 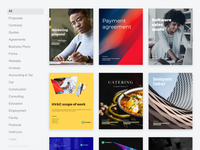 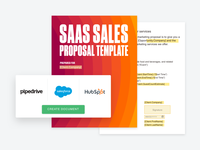 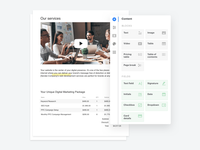 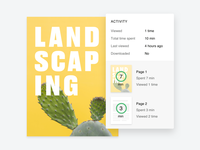 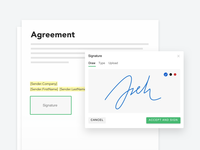 Pros: PandaDoc has allowed us to streamline our proposal process tremendously. Because of the content library, template functions and ease of use, we've been able to double the number of proposals we put out in the same timeframe before implementation.
The analytics reporting feature has assisted in increasing our win rates. We can hone in on the areas of our proposals that resonate with our prospects, allowing the follow-up meetings to be more focused - discussing targeted, relevant themes, services and needs.
PandaDoc's development team is very open to feedback and ideas on how to improve the platform. It's refreshing to work with a company that takes your input and one-off special requests to not only deliver on those requests for you but roll out these changes across the board for all of their users. Having a say in the process of polishing and tweaking a product to work best for us is a value-added benefit.
The various plug-ins for other software, such as CRM systems, is useful for collaboration between departments.
The ability to customize the CSS to fit our brand is essential. We can customize templates with designs that fulfill each of our needs.
Having multiple workspaces under one account is extremely helpful keeping documents separated for different departments and projects.

Cons: There are a few small issues that we've run into, however, the pros of this software heavily outweigh the cons. PandaDoc does not allow for multiple users to work in a document at the same time, but I believe this is something that is being addressed in the new editor or at least on the buildout updates for the future.
From time to time we will run into small formatting issues due to a glitch in the coding. More often than not, they are isolated to one document. For a couple of issues we ran into, the development team was able to provide a timely fix, and the issues have been non-recurring.
In the past few years that we've been using the platform, we have only had three instances where the software was down, two of those instances were for less than an hour. Even with the downtime, we have never missed a deadline to deliver a proposal, even in an industry where RFPs are common.

"Newer to the product, BUT LOVE IT!"

Comments: We have cut down the amount of time it takes to get signed legal documentation from customers which allows us to begin work on projects much sooner! Also, housing all documents in one place allows for ease of access should we need to find a specific document.

Pros: With software development being our field of specialty, we have many documents that we need our customers to read over and sign. The location to a printer for some was easy, but for others, it would take so long for them to print out the number of documents, sign them, scan them and send them back to our team in which they would live in a random folder in our drive. Using PandaDoc allows us to create templates for each of our legal documents and send them directly to the signer in which they can click a few buttons and send it back over to us and everything is housed neatly together in folders.

Cons: It does get a little pricey the more users you add, but if you only have one person that needs to access the information it is well worth it.

"My Only and Go to Proposal Platform"

Comments: I have been using PandaDoc for more than 3 years and I haven't been able to find anything like it.

Pros: What I love about this platform is the functionality and how it allows you to charge your client. It makes it very easy for your client to sign and pay right there and there.

Cons: I don't like the fact that you have to send reminders, manually.

"Has some big shortcomings"

Comments: I had high hopes for this software and am leaving exceptionally dissatisfied. Normally I wouldn't write a bad review, but this is more of a warning to others so they don't get surprised like I did.

Cons: #1. No text wrapping in fields. If you put a field on a form and someone types past the end of the field, it does not wrap text. It also does not tell them they hit the character limit. So what happens? Anything extra is lost with no way to retrieve it. Quote from support "Unfortunately this is a known issue. At this time there is no way to retrieve any information in these situations. " Yes, in 2016, a software company creating fillable fields is not capable of wrapping text or telling a user they are at the limit. #2 No batch sending. Want to send the same document to 20 people to complete individually? You have to manually add all 20 contacts, then manually send each one of them an individual form that requires an 8 step process. That's 160 steps to send 20 people the exact same form. #3 No way to identify required fields. Creating a doc with lots of fields with a mix of required and not required? There is no way to differentiate them visually. To check your work you must click on each field and see if the box is checked for it to be required. Nightmare of epic proportions.

I realize this response is long overdue, so first and foremost thank you for your honest feedback. Although this is our first public response, I can assure you that our team took your comments into account.

The truth is that we are not the company or the product that you once knew.

Since 2016, we have introduced a brand new editor built on user feedback like yours, equipped with overall better performance as well as features that you mentioned such as bulk send and required fields.

If you're still in the market for document automation software, drop us a line and our team would be happy to show you Editor 2.0.

We hope to have the opportunity to work with you again, and I sincerely apologize for your previous experience with us.

"Hands down the best proposal builder"

Comments: We had been waiting years for our previous quoting tool to implement a content library, eSignature capabilities, live quote amendments. This was up and running in a matter of minutes.

Pros: It’s intuitive and easy to use. Being able to customise our design to suit and branding and style guide.

Cons: Native integration with Xero and cost however you get what you pay for. Also, you have to pay in USD.