Workable provides best-in-class recruitment tools, processes and automation in one complete solution. Whether you're hiring employee #2 or 200 new employees, Workable's scalable tools, know-how and support help you make the hires that make your business great.

Companies who use Workable get from requisition to offer letter faster, with automated and AI-powered tools that source and suggest candidates, simplify decision making and streamline the hiring process.

Workable is for organizations of all types, anywhere in the world. From high-growth tech start-ups to well-established organizations in healthcare, hospitality, media, manufacturing and more.

Workable does not have a free version but does offer a free trial. Workable paid version starts at US$99.00/month.

Pricing plans get a free trial 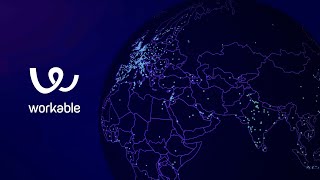 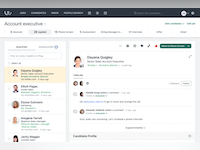 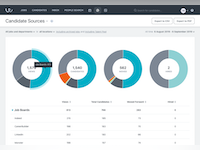 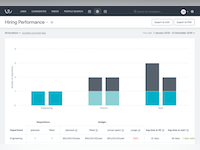 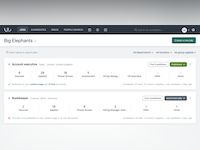 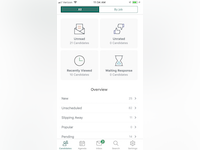 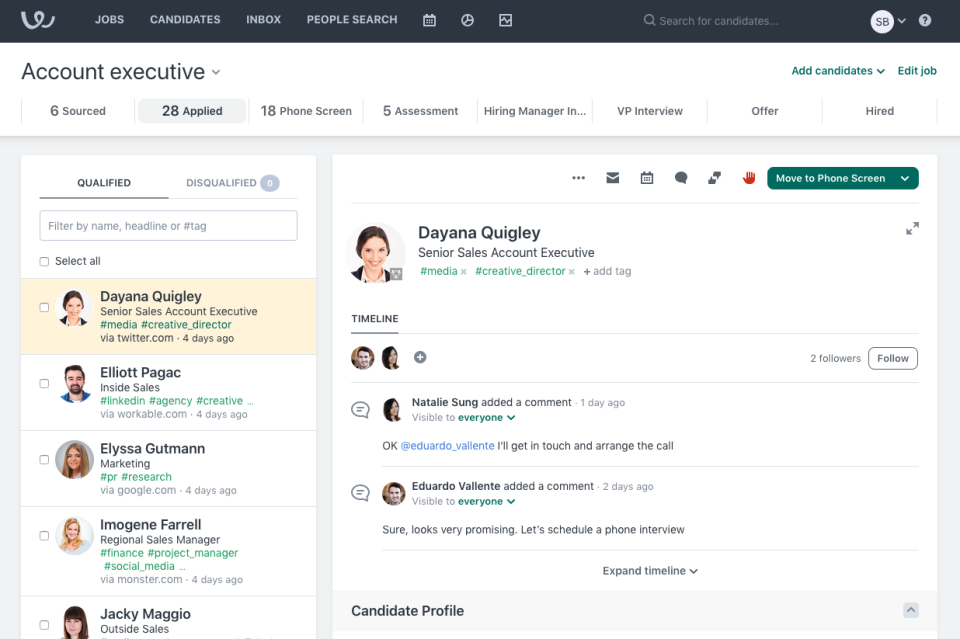 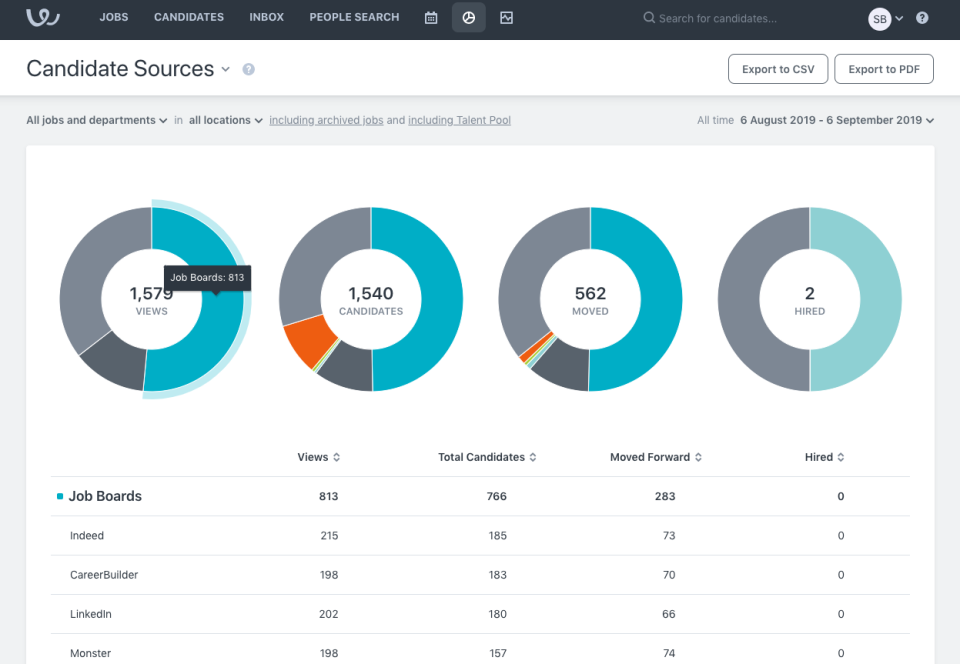 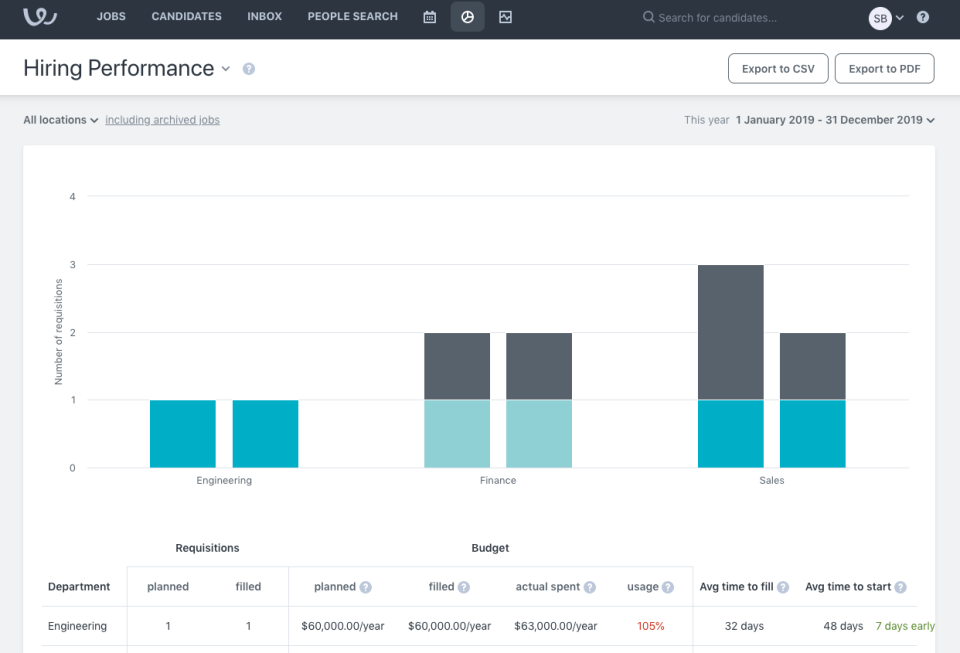 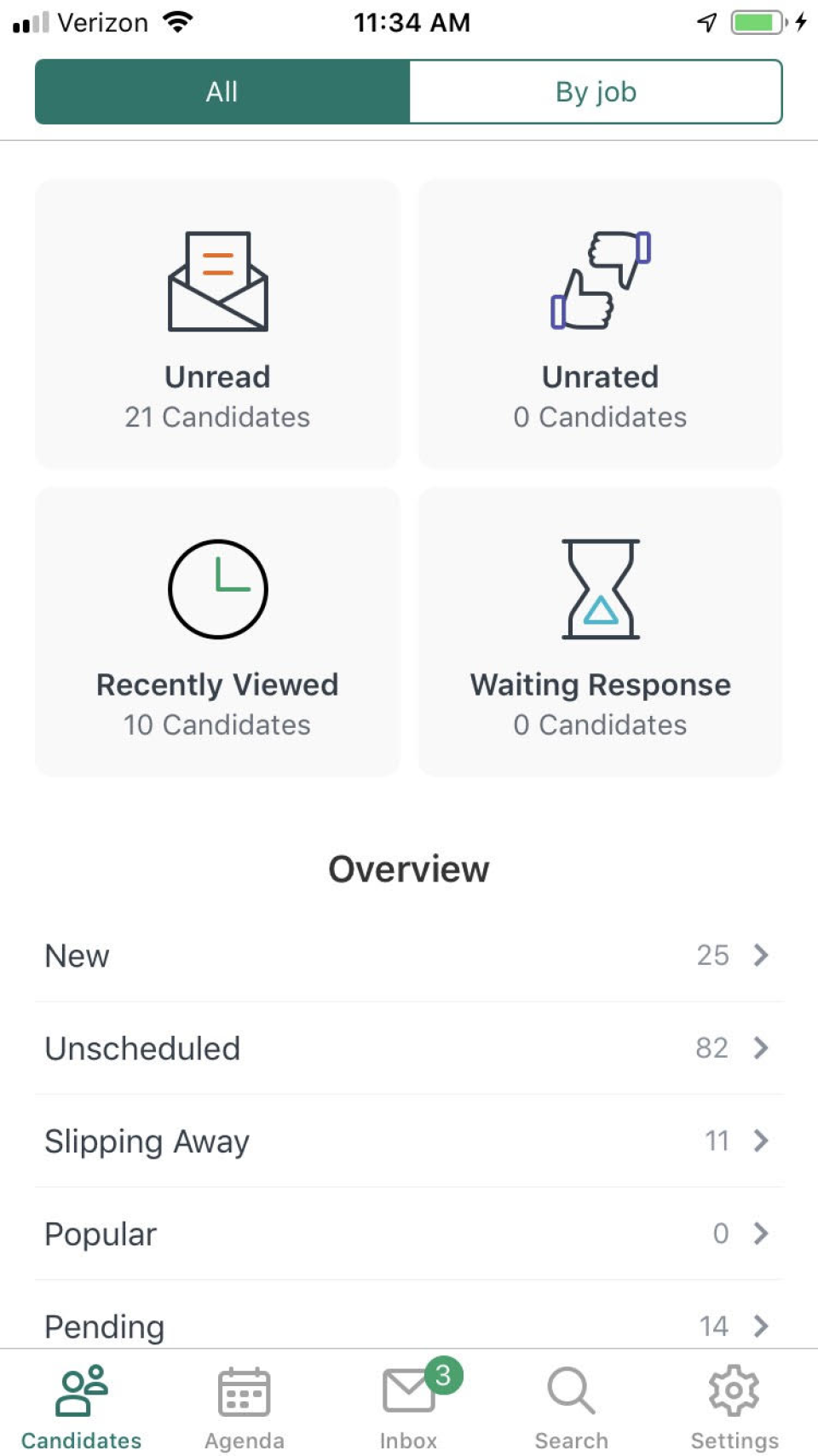 (269)
ClearCompany Applicant Tracking is designed to give your hiring team the tools they need to hire the right people quickly.
View Profile See Comparison

(71)
Put the customer experience at the center of your loyalty program.
View Profile See Comparison

Great System, needs a few tweaks to be perfect

Comments: It's been great, the system is good, has a few things it could improve on but a good system.

This system has really been great for us. It is easy to create jobs, post, and make notes throughout the process.

Needs a better way for merging candidates from indeed, they get different email addresses so really causes a problem in our system. Need to be able to attach several reqs to one and clear they are together. Indeed integration is wonky, have issues with our jobs being seen but get far better results with a direct link. Ease of seeing things, if notes are so long hard to get to what is needed.

Thank you for your feedback! It was shared with your Account Manager. We're glad that you've found Workable to be a great system.

Comments: IT was great from search to implementation to using it, the experience was very positive and the impact it made to our recruitment activities was apparent day one

We love having everything related to the candidate in one place. And being able to have the entire hiring team able to collaborate in one space is excellent

We can't sort and file the talent pool for future use except if it is into positions. Also, information from archived positions is not available unless you unarchive a position which can be a bit inconvenient

Reasons for Choosing Workable: Workable provided a better experience for the candidate, the recruiter and the hiring manager and had more advanced features

Director of Operations in US
Information Technology & Services, 11-50 Employees
Used the Software for: 6-12 months
Reviewer Source

Comments: Solid tool if you have a fairly simple process; still allows for customization, which is great.
Hilariously/infuriatingly rude sales process. No desire to fix issues, just to trap you in contracts.

Workable has a simple, clean layout that was easy to customize and train my team on. It did exactly what we needed it to do and allows for a good deal of customization for our somewhat-unique hiring process.

The sales team are vultures. We planned to renew our contract after one year, and confirmed so via *email*. After some discussion, we realized we were probably overpaying; we included People Search in our initial contract (which is terrible and doesn't work reliably at all). We asked our sales rep, [SENSITIVE CONTENT HIDDEN], if we could remove that from our invoice, and were told we already had "a grandfathered deal" and should be glad we weren't paying more. The tone was downright rude. Because we don't need anything too complicated, we decided to move to another ATS with a slightly lower cost. When Workable sent us the invoice to renew, we notified them that we would not be doing so- 2 weeks before contract expiration. [SENSITIVE CONTENT HIDDEN] *so rudely* replied that my verbal acknowledgement a month before was binding, and that we were stuck with another year. Obviously, we're fighting that, but it's really shocking that Workable is more interested in roping customers into contracts than understanding why they want to leave in the first place.

We're so sorry that you did not have a good experience with the Workable product and our Sales Team. Customer success is very important to us. As your Account Manager is in contact with you currently, we will also make sure to further understand everything in this review during our conversation.

Comments: I’m not sure we get visibility on job boards. We posted a position last Aug using Greenhouse and received 121 applicants in 2 weeks. This year, we posted same job through Workable and got 27 in two weeks. I eventually paid to promote on LinkedIn.

I can’t believe the scorecard feature wasn’t in the standardized ratings! This is a great feature even though my team doesn’t utilize it enough.

Better scorecard- I wish a candidate could have one cumulative scorecard per user where hiring team could score them. Instead, there’s a scorecard for each step of the funnel for each user. If I forget to ask questions in the screen, I can’t just make them empty for the next round, I have to do a whole new repetitive card. You also have to click around a bit to find this and access it.

Reasons for Choosing Workable: Greenhouse was too robust and more than we needed

Reasons for Switching to Workable: I’d used it before and was familiar with it

Comments: What is really nice about Workable is that everyone on the team can see each other's comments and updates in real time. The calendaring feature that allows us to invite the candidate and have it show up on our outlook calendar is fabulous and makes our lives so much easier. Workable also sends emails with upcoming trainings which we find helpful.

What I like most about Workable is that it is intuitive and easy to use. We do very little training when we add employees to use the system. I also like how the system saves what I've been working on and can return to my notes without having to start over from the beginning.

Right now, there is nothing that I would complain about or change with Workable.

Reasons for Choosing Workable: Our contract was up with our former company and no one on our team was around when we first started the contract so we decided it would be a good time to investigate all options and see what was out there. After seeing what other companies had to offer, we went back to our former company to see if they could do some training with us to see if there were features we weren't using that would enhance our experience. They were very unhelpful with this. Another reason we made the decision to change is because of cost.

Reasons for Switching to Workable: We looked at several options but had it narrowed down to 2. The other option was much more expensive and we couldn't justify requesting the expense.

Thanks for your feedback! We're glad getting people to adopt the system has been easy, and when your team needs additional training that we meet your needs.