SysAid serves organizations spanning all industries and sizes from SMBs to Fortune 500 corporations. From our Help Desk to the ITSM+ edition, there is something to suit businesses of all magnitudes.

SysAid uses service automation to make IT work smarter, not harder. With a help desk that practically manages itself, millions of users around the world enjoy faster service, lighter workloads, and away smoother service experience. It makes every aspect of ITSM so breezy and automatic, freeing up IT from the grind and instead, allowing them do the things your business really needs to keep going strong.
SysAid provides the fix that IT has so badly needed.
Try IT for free today. 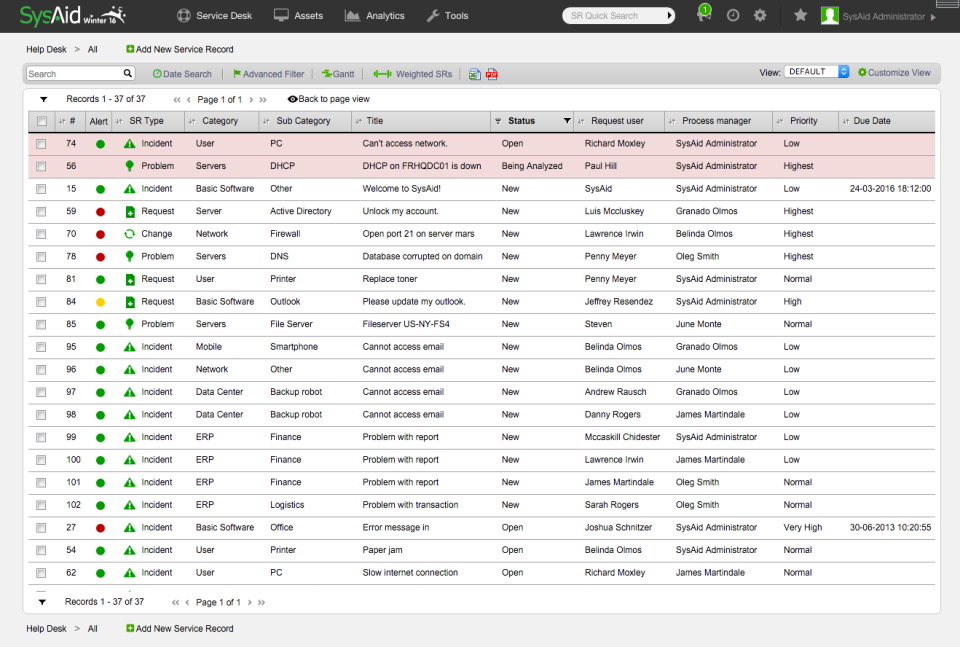 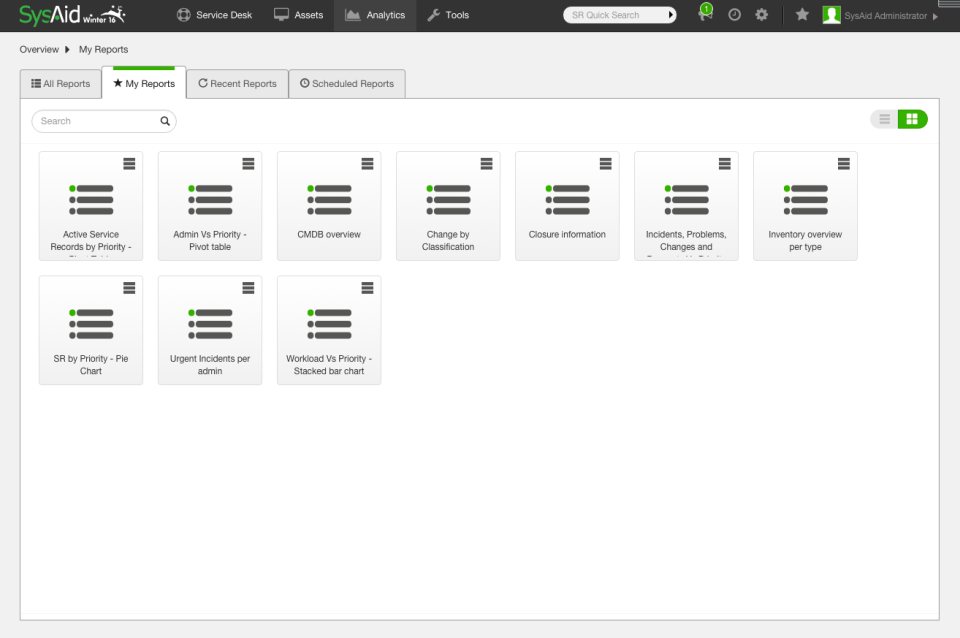 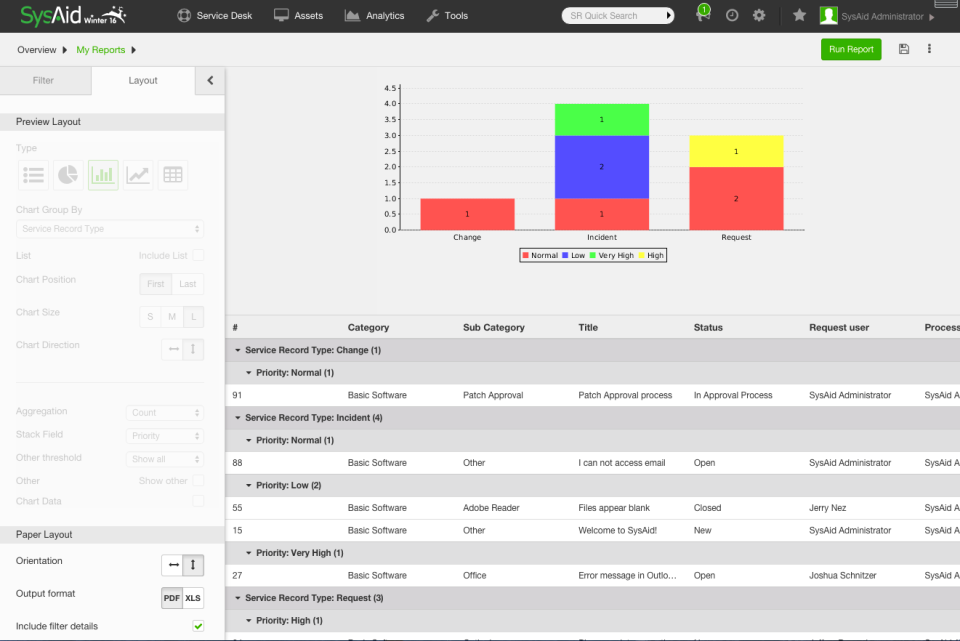 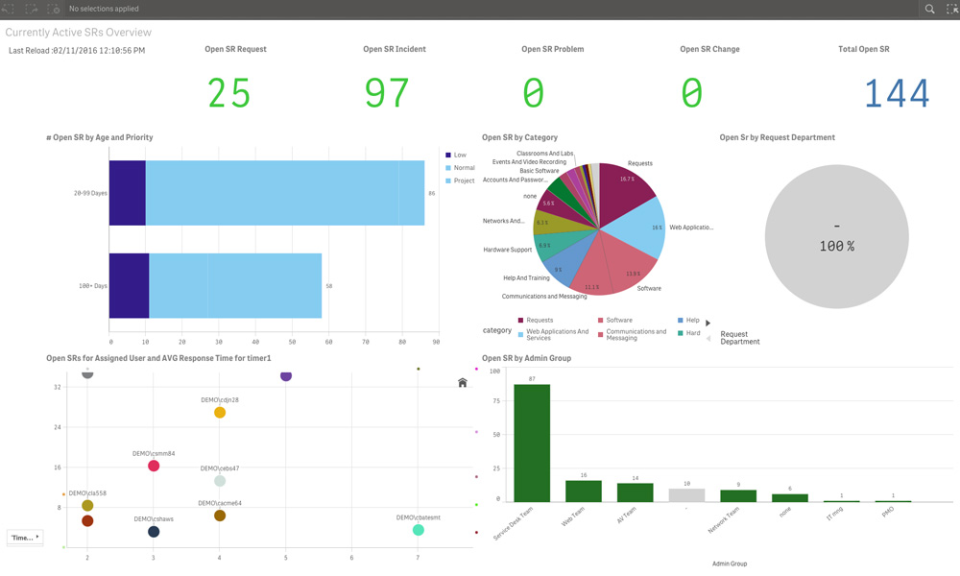 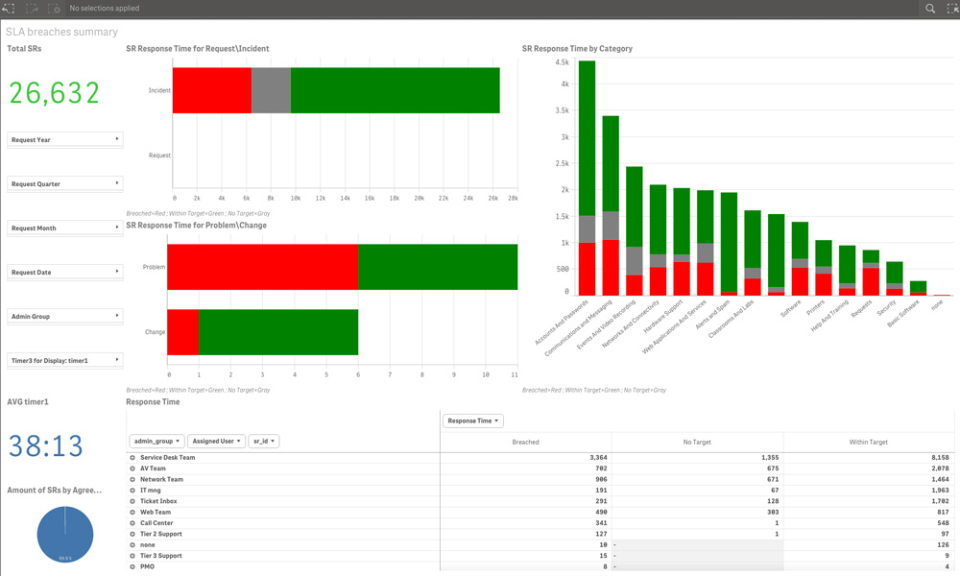 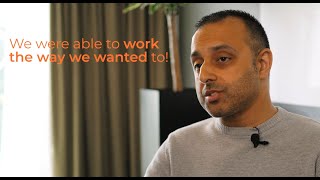 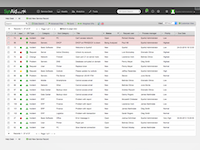 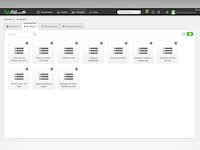 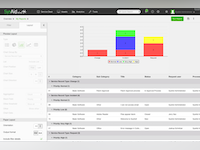 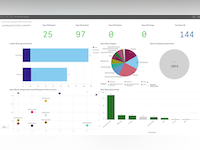 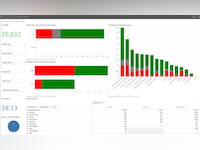 SysAid has a free version and offers a free trial.

(19)
HaloITSM brings everything you need for IT support into one centralised solution.
Learn more about HaloITSM
Visit Website See Comparison

(208)
Atera is the ultimate all-in-one remote IT management solution for MSPs, IT consultants and IT departments. Try Atera for free today.
Learn more about Atera
Visit Website See Comparison

Comments: The Team are friendly and understood our needs (Once we had defined these). Overall the process has been quite simple, it's simply getting your head around using new software/solutions.

Pros: I love the fact that SysAid is not a boring 'Out of the Box' 'This is what you get' experience.
SysAid is tailored to your needs during the implementation process, from colour schemes, to custom data fields, to process automation.

Cons: I dislike the fact that I had to learn 'very basic' HTML to implement notifications. This wasn't a great hinderance, but definitely something I disliked.

Reasons for Choosing SysAid: No longer fulfilled our growing list of requirements.

Switched From: ServiceNow Customer Service Management and ManageEngine ServiceDesk Plus

Reasons for Switching to SysAid: Cost and Versatility

"The Impact of SysAid"

Comments: My overall experience on SysAid has been awesome, however, there are some challenges been faced during usage. If one is not technically sound, it will be difficult to manage as an Administrator without the consent of the professional support, but however, there is a user-guide to help.

Pros: The features I like most about the software is the Advanced reporting, It helps to give detailed reports about your ticketing system as a whole,location-wise, computer assets, service been used mostly etc. It also gives room to have full control as desired.

Cons: The Features that should be improved is unable to filter the customized field which is the most the critical feature that is important. For instance, when an additional feature is created manually separate from the original features, it is difficult to filter. for the implementation to take place, it will fee for a professional support as it is concluded as a project.

Reasons for Choosing SysAid: It was switched because there are some features required for the operation which is not available.

Reasons for Switching to SysAid: We chose SysAid over Spiceworks, because it contains more features.

"Sysaid, a great helpdesk software for IT department"

Comments: Sysaid has been help in the monitoring of the incident and request. With this tool we solved the quantity of calls of the users.

Pros: The most impactful features are the assets management, the password module and the SLA configuration.
I think Sysaid is a software easy of use, because each time that we add a new department, the adaptation time is so short.

Cons: For me the unique difficult for use is the BI Analytics. Is necessary a detailed manual about how use this.

"Not so great customer service."

Comments: A help desk solution in which none was being used by the companies I worked in.

Pros: The program is cheap. Somewhat easy to setup. Not cluttered like other software I've used in the past.

Cons: I've used this software for over 7 years. Almost every complaint that everyone else has about this software, I've made myself and the #1 complaint is that the company is based in Israel and they are hard to understand / get a hold of / and don't fully understand the real problems until the issue is explained a few times. I've installed purchased and installed this software in 3 different companies, and the experience was always the same. I then did work for them for a short amount of time. I wanted to bring to them the outside experience being a customer, and all the complaints I kept getting from U.S. customers, and even from other countries. I truly wanted to make this company better. But instead, they started to hire even further away, Romania, will the same comprehension issues. Now that they only 1 rep left for the U.S. and after that, I doubt they will ever hire again in the U.S. because of how different we think about customer service and how expensive we are. So they took one step forward by hiring the first U.S. rep and then myself, to them go two steps backwards by letting me go and hiring in another country for support. Yes, I did work there and am a former employee, now a customer again. But I was a customer before that, and nothing has changed before I started working there, and nothing will after I am gone. So please do not delete this review and publish for all to see as I wanted nothing for this company to succeed and instead I was shown the door.

"Improving the monitoring of IT processes"

Comments: We have been using SysAid for almost 10 years. We started with the free solution and migrated to the Cloud solution when it was available, which helped us since we did not have to allocate infrastructure on site. Sysaid has been improving its platform incorporating new functionalities and improving the current ones. SysAid has become the tool for daily use where we practically enter everything we do in IT, which allows us to later review the information or generate a source of knowledge.

Pros: SysAid sticks to our needs in the IT department. It allows us to record all events or problems with the necessary information. The monitoring is very simple and with the information that allows to generate data analysis for decision making. Asset management allows us to have a history of events as well as the support provided.

Cons: SysAid has many functionalities, so it is necessary to do a good analysis of what is really required and what will be used. At the moment there is nothing that we dislike with the use and management of Sysaid.